How to Use Windows 7 Snap To Be More Productive

One of the major changes Microsoft made to the desktop in Windows 7 is to make the Windows Aero user experience more productive. Windows Vista included a couple of fancy effects such as Flip 3D and Alt-Tab Preview, but they were not as productive as the improvements Microsoft introduced in Windows 7.

One of these desktop improvements is Aero Snap. For me personally, I do a lot of reference work and I know you probably do too. What Aero Snap does is intelligently resize windows on-screen side by side so you don’t have to do any work of having to manually resize the window perfectly. 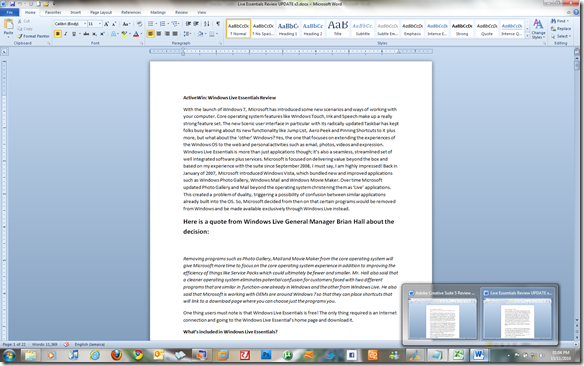 Here you can see I have two Microsoft Word document files open as indicated by the Taskbar thumbnail previews. In this example, I would like to reference information from one of the documents. To arrange both documents where they fill each half of the screen, simply begin by dragging the title bar of the window to the opposite side of the screen, see below: 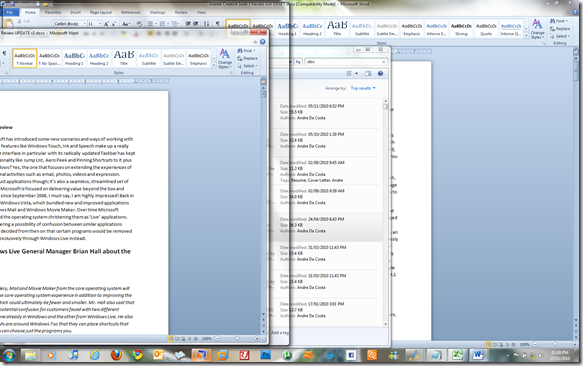 As you can see, dragging the window to the side composes a preview of what the resized window will look like on screen. After completing this action you can then release the mouse. Repeat this step for the other window and you will see both windows side by side: 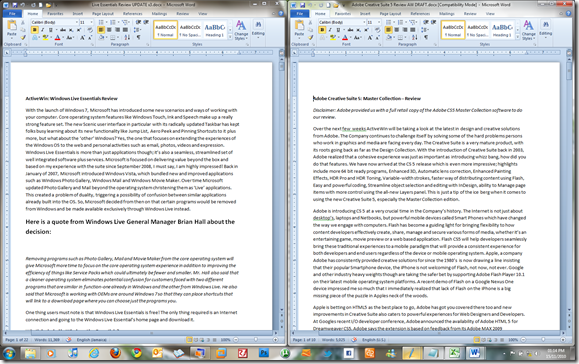 You can do this with any type of window, its not limited to any specific application. When you have completed the task of referencing information, simply double the title bar of the active window to restore it.

You can also snap a window to the left by pressing Win+left arrow, or to the right using Win+right arrow.