Wi-Fi Direct Certification: What Is It and Why Should You Care?

The Wi-Fi Alliance, responsible for overseeing the specifications of Wi-Fi is releasing specs Wi-Fi Direct which is like a cross between Wi-Fi and Bluetooth. Using Wi-Fi technology the Wi-Fi Direct spec is designed to connect two Wi-Fi enabled devices directly, much like one would do with Bluetooth. What that means is a user can connect a notebook computer and a printer without running wires or connecting to another Wi-Fi network. The two can connect directly. Also, a user might be able to connect their Wi-Fi enabled camera to their computer to download pictures or video. 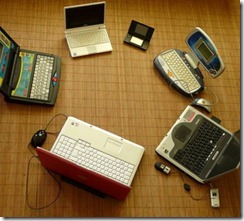 The Wi-Fi Alliance is now beginning to certify devices to use the spec. That means companies are actually starting to implement this technology, which was introduced over a year ago without any gadgets using it.

Why should a user care? Who needs a new spec when we already have Bluetooth? First, only one of the two devices need to be Wi-Fi Direct certified for the technology to work. And when using it connections will be much more reliable; Bluetooth is notoriously bad for dropping signals even in close range.

Speaking of range, Wi-Fi has a much further range. Bluetooth is effectively measured in feet while often Wi-Fi is measured in yards. Finally, Wi-Fi Direct can be added to older Wi-Fi radios via a firmware upgrade. So it is possible that a company might add the capability to already released devices.

What can we expect to see and when? Engadget recently said that they were given the impression by some that devices might ship this year before Christmas. If not that soon, it is likely that 2011 will see some show up.

Imagine turning on your notebook computer and having it wirelessly connect to a printer in another room, the HDTV across the room, and a digital camera with pictures taken earlier in the day. Also imagine two friends looking at a set of documents on one notebook and wanting to transfer them. The second friend could take out his Wi-Fi Direct enabled flash drive and connect without connecting. And finally, what if a smart phone could sync with a PC every time it was within Wi-Fi range?