Recently, new images of the Nokia N9 have surfaced. This time, the images depict a smartphone with an uncanny resemblance to Apple’s unibody MacBook Pro. 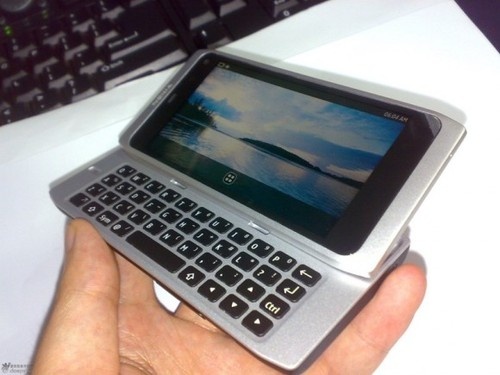 The Nokia N9 is a smartphone with a slide-out QWERTY. Originally it was thought to have run Symbian OS, but since then it has been leaked that the phone will run a new MeeGo OS. As seen in the new images, the N9 sports a black island-style chiclet keyboard and a silver, possibly anodized aluminum, body.

Currently, there is no information on release date, pricing, or carrier exclusivity.