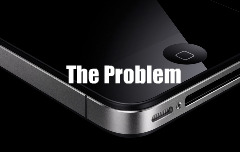 When a company sells a product customers have a reasonable expectation that it will perform the tasks claimed by the company. That’s the logic Consumer Reports, and others, are using to call Apple to fix the iPhone 4 reception problems rather than requiring the customer to do so with a case or duct tape.

“We think it’s the company’s responsibility to provide the fixâ€”at no extra cost to consumers.” – Consumer Reports

In the case of the iPhone 4, customers expect to be able to browse the web, video chat using FaceTime and make phone calls while holding their phone the way that Apple has demonstrated on stage and in their commercials – even those aired after the antenna problems became well-known.

There are already numerous ways to fix your iPhone 4 reception woes including but not limited to; duct tape, scotch tape, athletic tape, nail polish, wrapping a $1 charity wristband on your iPhone, resetting your network settings or buying an iPhone 4 case. But, all of these solutions require the consumer to take action and spend money or add to their iPhone which Apple claims will function perfectly without a dangling piece of tape.

The expectation that a company sells a device that works without the purchase of a $30-$60 case is not out of line and is very reasonable. Many consumers are OK with the need to look to apps, accessories and hacks to add functionality to their iPhones, Android devices, Windows Mobile phones and other gadgets — but not to achieve functionality which is promised out of the box. 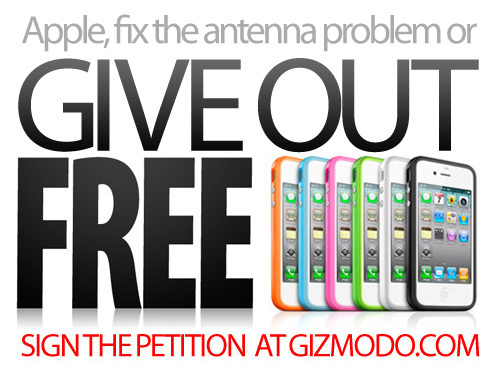 Apple does not need to offer an iPhone 4 recall to address the iPhone 4 reception problems. Instead the company could provide free Apple iPhone 4 Bumpers or a similar case that provides a layer of protection between the antenna and the user’s hand. This isn’t a new idea as many others have called for free Bumpers and Gizmodo has even started free iPhone Bumper online petition.