VIO uses the phone’s camera to capture and detect any motion. When it detects the motion it can be configured to email or SMS up to two numbers. 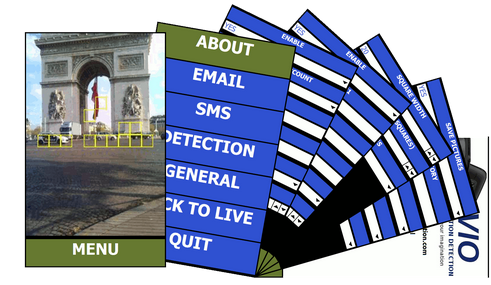