Top Ten Reasons the iPhone Debacle Made It on Letterman

I don’t really have any reasons, but it does show that the whole lost or stolen secret new iPhone debacle has gone mainstream. In case you missed it, a mysterious new iPhone was supposedly lost or left in a bar in California and the finder approached a couple of tech blogs eventually selling it to Gizmodo for $5,000. They posted the pictures, took it apart,  and then, Apple quickly requested it back. Everyone covered it including Notebooks.com and Gottabemobile.com, our sister site. Now, its hit the mainstream with the writers at The Late Show with David Letterman. Letterman himself didnt really care ony way or the other about this whole thing, but his writers sure did. Last night’s top ten list was about the lost iPhone. The list was labeled “Excuses of the Guy Who Lost the iPhone Prototype.” 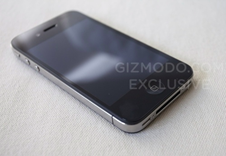 10. “Couldn’t call Apple for help because I lost my iPhone”

8. “You mean besides being drunk out of my mind?”

7. “Distraught Kate Gosselin kicked off ‘Dancing with the Stars'”

6. “Thought there was an app that would wisk it back to my house”

5. “It must have fallen out of my iPants”

2. “At least I didn’t lose my finger like that iPad guy”

We apologize for the ads in the video clip below of Letterman, but it is the only way that we can show it to you legally.