Black Friday, that darkest of days-after, is fast approaching. You know what it’s all about: crazy crowds and crazy deals. But you’re ready for it, right? You’ve set out warm clothes (those 4am lines get chilly), you’ve stocked up on snacks (no time to stop for food) and you’ve been scouring the internet for information on the best deals.

If you are hunting for deals on Macs,  however, finding info online has probably proved difficult. Besides this fake “leaked” advertisement, no real information is out there regarding Apple’s Black Friday plans. What’s a shopper to do? Give up and get a PC? NEVER! With a bit of research and a healthy dose of reasonable expectations, you can get a pretty good idea of what to expect from Apple.

Let’s start with the reasonable expectations. You’re not going to find a $500 MacBook. You’re probably not even going to find an $800 MacBook. Sorry. This may come as a surprise to those who have never dealt with Apple on Black Friday (or ever). So “why not?” is a reasonable question. Plenty of other retailers have heavy discounts on laptops during Black Friday, right? Why not Apple? 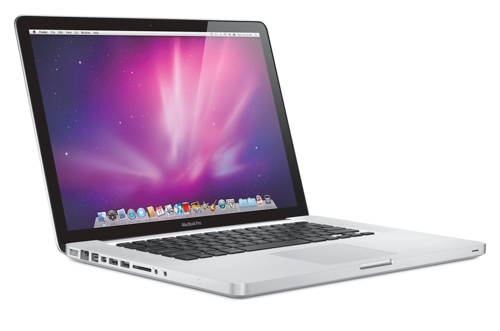 It would take a book to fully explain the logic of Apple’s business model, but the simple answer is this: Apple doesn’t want to be in the business of selling cheap computers, and it doesn’t really need to be either. Apple considers itself a premium computer maker, not just a computer maker, and heavy discounts can hurt that image. Plus, the company has a lock on the premium notebook market and recently posted it’s most profitable quarter ever without ever putting Macs on “sale” or offering a netbook. If you’re products were selling like hotcakes at full price, would you start putting them on sale? I didn’t think so.

None of this means that you can’t find some deals though – even at your nearest Apple store. Based on Apple’s previous Black Friday sales, I’d say that you can expect the following MacBook discounts at Apple’s retail stores on Friday:

This is a very simple model that Apple has used for the past couple Black Friday events (tweaked for the current lineup), and I don’t see any reason that they will deviate from it this year. Note that I don’t expect discounts on all of the MacBook Pros – just the three least-expensive models. Of course, there will also likely be small discounts (think 10%) on the iPod Nano and iPod Touch, as well as a large variety of discounts on software, accessories and other items. But don’t be mislead – despite the mediocre discounts, Apple retail stores are bound to be buuuuuusy. If you *really* want that $100 off, show up early or plan on being there a while.

Apple Store. Get there early!

Of course, if and when Apple announces anything definite, you can be sure we will have that news here, so keep checking back. (Update: Apple has announced that there will be an one-day shopping event on Friday – as if we didn’t already know. No specifics are given regarding prices.)

Beyond the Apple Store

Some interesting deals can also be found at the other retailers that sell Apple products. Best Buy, for example, is offering a $150 gift card with the purchase of the new Unibody MacBook ($999). I know, I know – technically this is still full-price, but if you’re planning on doing additional shopping at Best Buy anyway, it could be akin to only paying $849. Not bad!

If you’re looking for an iPod Touch, leaked ads from Target show them to be including $15 and $30 gift cards with the 8GB and 32GB iPod Touch models, respectively. Walmart is also rumored to be offering a $50 iTunes gift card with the iPod Touch. Personally, I’d rather have the cash discount that Apple’s stores will likely offer, but if you aren’t near an Apple store or don’t mind the gift cards, these are both pretty good deals.

And don’t forget the smaller Apple resellers. Experiences will vary from store to store, but I’ve seen these smaller shops offer some fairly compelling Black Friday sales on MacBook. If you’re not sure about where to find one, try Apple’s Where to Buy web page and use the Find a Reseller search. If you find a worthwhile deal in your area, feel free to share them with others in the comments!