Everywhere you look there’s a tablet or all-in-one vying for PC users. If the traditional notebook is a battleship under attack than it’s the Lenovo Edge 15 and notebooks of its elk that are firing all of the shots.

The Lenovo 15 both embraces and attempts to trounce the typical notebook design. Glance at it quickly and you’d think it was like any other laptop. There’s a spacious 15.6-inch high-definition display and a full-size keyboard deck. Ports sit on both sides of the device. It’s the hinge and touchscreen that make all the difference. The Lenovo Edge 15 has a hinge that allows users to push its display backward. Doing so and flipping the Lenovo 15 on its keyboard puts this touchscreen closer and forces the tablet into a stand mode.

Does the Lenovo Edge 15 have what it takes to take on traditional laptops? Can everyday users expect the Lenovo Edge 15, which is available only at Best Buy, to let them complete the tasks they need to complete and still have some fun?

The Lenovo Edge 15 is built for road warriors on a mission, if we’re judging by its design. There’s no polycarbonate plastic to be found anywhere on its chassis. The 5.1 pound notebook is covered in metal skin that’s painted black. When you pick up the Lenovo Edge 15 in the morning, it’s cold to the touch and feels durable. Run your fingers along its spine and it has a very cold, premium quality feel that users of an Apple’s iPhone 5s without a case will find familiar.

Open up the Lenovo Edge 15 and you’re greeted by its glossy, high-definition 15.6-inch display. There’s a bezel situated between the edge of the display and the border of the top half of the notebook. It holds the webcam and reflects a bit of light.

Look down and you see the soft touch keyboard – complete with number pad. Each key sticks out of the Lenovo Edge 15’s body individually. A metal rimmed trackpad sits just below the space bar on this keyboard.

Push the Lenovo Edge 15’s display back 300 degrees, reorient it so that it’s resting on its keyboard and you’re in Stand Mode. In this mode, the device’s touchscreen should be easy to reach and closer to your face.

The Lenovo Edge 15 isn’t a looker in the traditional sense. No one is going to stop you excitedly and demand to know where you got your machine. That’s okay though, it is svelte and feels like it could take a beating.

A lot of PC makers trying to win the same fight the Lenovo Edge 15 is trying to win forget what matters in this situation. Forget flashy features and never-before-seen design ideas. To be successful, a 2-in-1 has to provide a great experience at productivity and entertainment. You can have pretty barebones internals and be a great entertainment device. The road to being a good productivity machine is not paved with basic, cheap internals.

Luckily, The Lenovo Edge 15 has what it needs. An Intel Core i5 Processor is in the model we tested. Backing that robust mobile processor is 6GB of RAM. Together they provide all of the power users need for firing up things like Microsoft Office 2013 and iTunes. What’s more, they do so without the system’s fan becoming obnoxiously loud. You can do a bit of light gaming on the Lenovo Edge 15 too, if that’s what you want. The $699 Lenovo Edge 15 doesn’t have a discrete graphics card though. You’re not going to be able to run every high-profile game with the settings turned all the way up, but touch games downloaded from the Windows Store work just fine. There’s a Lenovo Edge 15 that does include a more powerful Intel Core i7 processor, 8GB of RAM, and an NVidia GeForce GT 840M discrete graphics card for better gaming performance. It starts at $899 at Best Buy, $200 more than the version we tested.

There’s a 1 Terabyte hard drive in the base model that guarantees you enough space to store just as many games, documents, pictures and videos as one person can reasonably store on any portable. The drive is not terribly fast — it’s not an SSD, so boot times are a noticeably longer than on some other machines. Getting that extra storage is definitely a trade-off.

You never know how important a keyboard, touchpad and speakers are until you have the best. After, you pick up on the little things that might be missing. The Lenovo Y Series gaming machines and the Yoga machines that we’ve tested in the past appear to be to be the gold standard.

Measured against those machines, the Lenovo Edge 15 is fine, though missing some extras. Every key on its keyboard is soft to the touch and easy to press. Spacing between each key is fine too. These are backlit and Lenovo has nailed the texture of each key. Worrying about texture sounds a bit crazy, but anyone who has experienced a keyboard with bad texture before knows why good texture is key. Equally satisfying is the slick touchpad. It’s a single button model that provides some much-needed feedback during button presses.

Dual stereo speakers are fine. They offer a lot of bass thanks to the lack of an individual subwoofer, but anyone eyeing the Lenovo Edge 15 isn’t too worried about how great the low-end of their Mozart sounds. They’re loud, but not amazing.

Let’s talk about battery life. For a portable lasting all day is crucial. Lenovo says the Edge 15 can run for about 8 hours. In our tests it never managed 8 hours even with milder settings in the real world. It hit about 4 when browsing the web with Wi-Fi and the screen on half-brightness. With the screen brightness turned completely down, you could hit that 8 hours number, but at that point you can barely see whatever is on your screen.

I can’t say that at 5.1lbs the Lenovo Edge 15 disappeared in my bag. It’s not capable of that. It’s a big machine with a big display. If you’re looking for slim and light, I’d say definitely look elsewhere.

Speaking of the screen, it’s the glue that holds this assault on normal notebooks together. The Lenovo Edge 15’s 15.6-inch 1080p display is gorgeous. I had a hard time doing some of the edge gestures that Windows 8 requires, but that was about it. One problem for me was the wobble that happened every time I tried to use the Lenovo Edge 15’s touch screen. It wasn’t ridiculous or anything. However, it was consistent and made me worry how long you could count on the hinge holding up.

Stand Mode on the Lenovo Edge 15 is a bit of a let down. Part of that isn’t a failure on Lenovo’s part. Stand Modes in laptops have always been a bit awkward. Really, it’s a form factor in search of a huge problem. Going into Stand Mode does put the display closer to you, but it only makes sense to use it in a presentation, or maybe watching Netflix. The Lenovo Edge 15 is too big to sit on your lap and watch videos. Buyers might not want to do that anyway, since The Edge 15’s keys don’t retract in Stand Mode and feel like they could get caught on something.

The Lenovo Edge 15 comes with Windows 8.1, Microsoft’s latest operating system and an absolute ton of software extras. There’s a little too much pre-installed software here. Users will likely want to go on an uninstalling spree after unboxing it. None of the utilities were a big hassle, except for the app that auto suggests other apps to use when you switch between modes. Uninstall that one immediately.

Once the smoke has cleared, I can’t say that the Lenovo Edge 15 comes out on top against traditional notebooks handily. In fact, I’d say it’s pretty much a draw. The Stand Mode doesn’t add a lot, though its touch screen display is a clear winner. If you’re sure you want a touch display in your next laptop than the Lenovo Edge 15 is a great fit — provided you’re not looking for anything that’s ultra-portable. If you are looking for an ultra-portable or something that is great for entertainment away from a desk the Lenovo Edge 15 isn’t it. It fights the good fight, but loses the war. 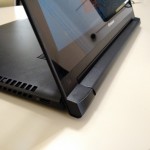 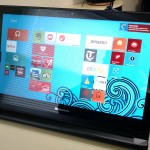 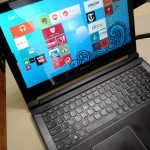 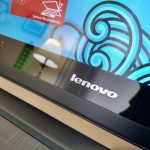 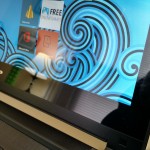 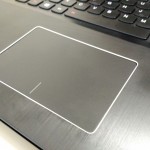 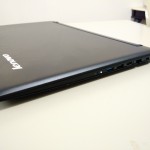 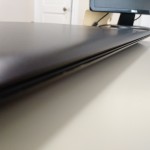 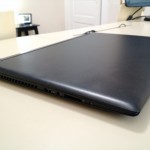 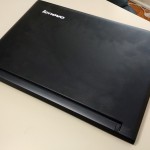