In addition to the Toshiba Satellite U925t Windows 8 Ultrabook convertible launched at IFA 2012 in Berlin German, Toshiba also showed off a number of new notebooks headed to the U.S.

The Toshiba Satellite P845t includes a touch screen for working with Windows 8, and the Satellite U845W, Satellite U945W and Satellite S955 all see updates to prepare for Windows 8.

The Satellite P845t offers a traditional notebook clamshell design and sports a 14-inch edge to edge display capable of touch. Users can reach out to tap on Windows 8 tiles or to swipe across the display like on a tablet. The lack of a sliding hinge ill likely keep the price of this unit down.

Toshiba includes Intel 3rd generation Core i processor options, 6GB of RAM and a 750GB hard drive. The exterior of the notebook is aluminum with a champagne finish, similar to what we’ve seen on many past Toshiba notebooks.

The touchpad supports Windows 8 gestures and the notebook includes SRS Premium Sound as well as several USB 3.0 ports and Intel Wireless Display for connecting to a HDTV without wires.

The Satellite U845W boasts a 14.4-inch ultrawide HD display with a 21:9 aspect ratio, which Toshiba claims offers 30% more Windows 8 tiles on the display at once. This wider screen is also good for putting apps side by side in a traditional Windows desktop experience. The display offers a 1792 x 768 resolution.

The notebook will use the latest Intel 3rd Gen Intel Core i 5 or Core i7 processors, 6GB RAM, a 500GB hard drive with express cache or a 256GB SSD. Users will find Harmon Kardon speakers with SRS Premium Sound 3D, 3 USB 3.0 ports as well as a HDMI port, memory card slot and Ethernet port.

Toshiba places the Satellite U945W as a more affordable Windows 8 Ultrabook, though they don’t offer any pricing details. This 14-inch notebook will use Intel Core i3 and Core i5 processors and include 2 USB 3.0 ports. This notebook also features an HD webcam, SRS Premium sound and an optional backlit keyboard.

The notebook uses a new touchpad optimized with support for Windows 8 gestures. The unit is 0.8-inches thick and will arrive in an Ice Blue finish.

The Satellite S955 is thinner than the traditional multimedia notebook, with thickness at less than an inch. The S955 comes with an aluminum Ice Blue finish, and a 15.6-inch display. 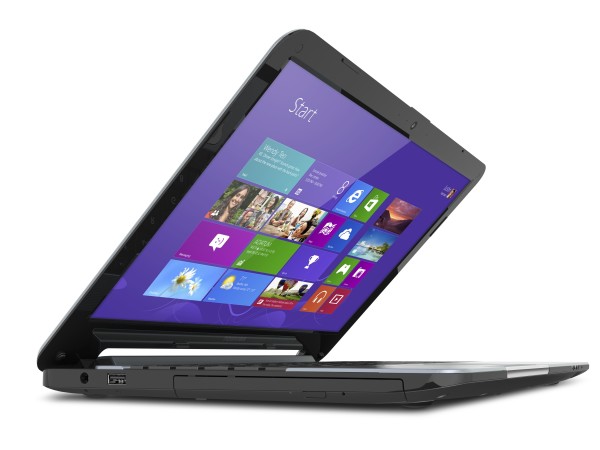 Toshiba offers the Satellite S955 with an iNtel Core i5 processor or an AMD A series APU. Users ca configure the notebook with up to 8GB RAM and up to a 750Gb hard drive. The S955 includes 2 USB 3.0 ports, 1 USB 2.0 port, a HDMI port, Memory card slot and a DVD drive.

All of these new Windows 8 notebooks, including the Toshiba Satellite P845t with a touchscreen go on sale on October 26th in the U.S. Toshiba did not announce pricing. 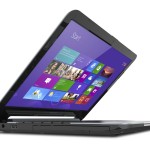 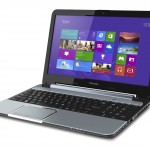 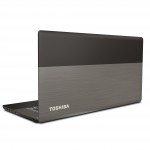 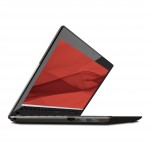 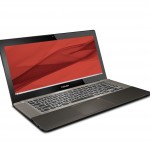 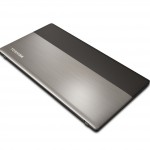 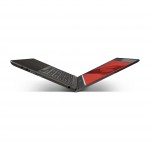