The MacBook Air is a very portable notebook, but that comes with some tradeoffs in terms of processing power.

You won’t bump into this wall while doing basic office tasks, but if you want to edit video the system will show signs of weakness.

During CES 2012 I used my MacBook Air to edit tons of 720P and 1080P HD video content. While the machine was able to handle the work, it was hot, it was loud and it didn’t like to do much else.

So imagine my surprise when I saw that Adobe’s Dave Helmly was going to try to edit 4K video on the MacBook Air. 4K video is about 4,000 pixels, compared to HD which tops out at 1,080 pixels.

In order to do this Helmly relies on the ThunderBolt connection that is built into the MacBook Air, and is making its way to a number fo PCs. This high speed connection allows users who need more power to connect powerful peripherals and accessories to the MacBook Air for more power. This will curt down the mobility of the notebook, but it allows users to keep their work on a single notebook.

Editing 4K video on the MacBook Air with Thunderbolt Accessories

Dave Helmly started out with a MacBook Air rocking a 1.8Ghz Intel Core i7 processor and 4GB of RAM. This system is running Windows 7 64 in Boot Camp. To this he added,

As you can see in the demonstration video, the MacBook Air can hardly render the video at the start, but once he enables the ThunderBolt accessories the Macbook Air is able to function as a mobile video editing station. 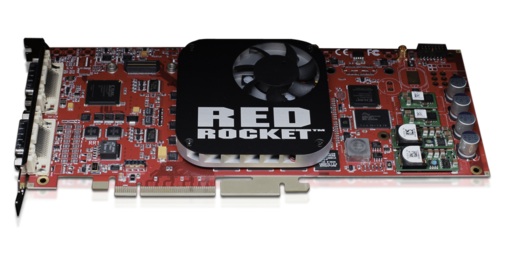 Sure, you need a desk or a car to keep the Thunderbolt peripherals in, but if you want mobility during the day and processing power in your hotel room while on location this shows a promising look at the future.

Did I mention you’ll need to spend upwards of $6,000 on top of your MacBook Air purchase price to do this?