How to: Working With Fonts in Windows 7

One of the major improvements in Windows 7 is how you manage fonts in the system. With Windows 7 an old relic has also been removed, the Install Font Dialog Box: 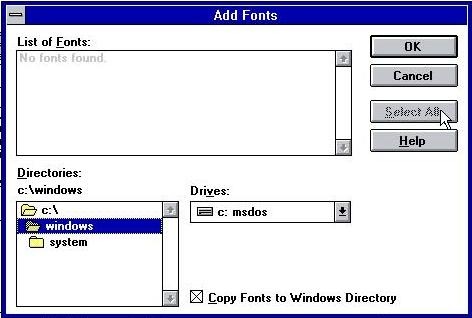 The Install Font Dialogue Box, circa 1992 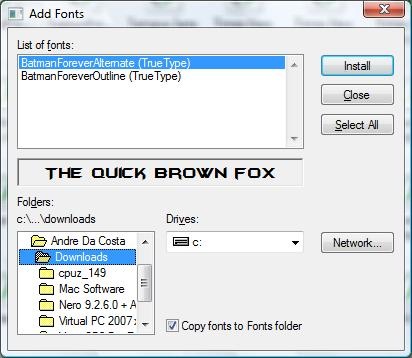 Fonts can be installed multiple ways in Windows 7: using a simple drag and drop into the Fonts directory, or double clicking on the Font wherever it is located and clicking Install in the preview window. Apart from these simple improvements, some which already exist in Windows Vista, the Font Control Panel item offers some lovely aesthetic improvements, such as real time previews of your fonts with the ability to quickly delete, show or even hide fonts installed on your computer. 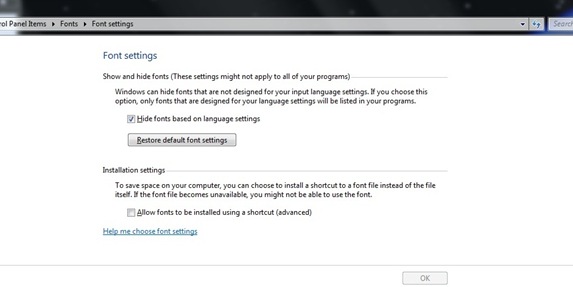 Going back to installing fonts, a Font Settings window features a new way to conserve space on your computer. If you often work with typography, you might end up installing numerous fonts that rarely ever get used. You can now choose to install a shortcut to a font file instead of the file itself. So you can have a collection of your favorite fonts stored on a thumb-drive or external hard disk, and use them when you need to without having to install them to your local disk. Having a lot of fonts can sometimes affect the performance of your PC, so this is a great improvement. 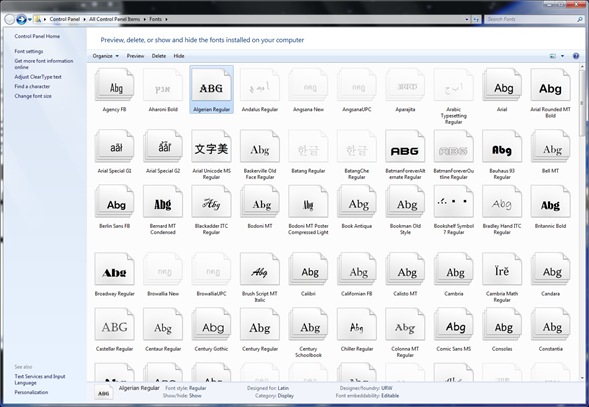 For added convenience, you can hide fonts that are not designed for your input language settings, so if you don’t use or need Chinese characters in Microsoft Word you can do so. Its very easy to re-enable when you want to.

The Fonts window Details Pane provides quick information about your fonts such as status, style, use, category, designer and edibility.

…many of the new fonts are for non-Latin scripts. In fact, Windows 7 will be the first version of Windows to ship with more fonts for non-Latin scripts than for Latin-based scripts. One major area of improvement is for the languages of India. To the nine (9) fonts for Indian languages that shipped in Vista, Windows 7 adds forty (40) more. Windows 7 will now include multiple fonts (often in multiple weights) for each of the official languages of India.

Besides new fonts, we have also improved many of the existing fonts. For example, we have added over two thousand (2,000) glyphs to Consolas, Calibri, Cambria Bold, and Cambria Math. But the most dramatic improvements have been to some of the non-Latin scripts. For example, Windows 7 does a much better job rendering the common Lam-Alef ligature in Arabic (see the illustration below) and in the placement of vowel marks.

Although you might not work with Fonts a lot, when you need to or you are involved with graphic design and typography, Windows 7 adds more convenience to your work flow. Its some of the small improvements like this that make Windows 7 a joy to use.

Engineering Windows 7 for a Global Market

Engineering Changes to ClearType in Windows 7