The Dangers of Buying or Using Pirated Software

Software piracy remains a major problem around the world and it affects all of us, at least indirectly. Some people believe casual copying of software won’t affect a developers bottom-line, but it does. Whether its research that goes into developing the product to make it better, investment in maintaining the software with updates throughout its life cycle on the market in addition to the pricing of the software. The less revenue, the more likely the developer will have to increase the price of the software with future revisions. 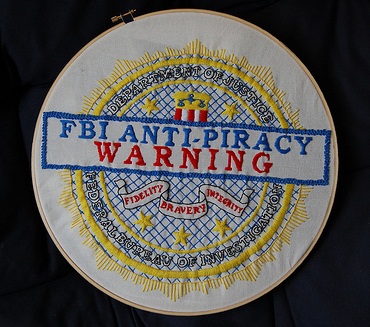 Some say companies are targeting the wrong users (innocent consumers) with piracy measures built into their products, since the bad guys always find a workaround. Actually, the software developer is protecting you the consumer. When you purchase a product, you expect to get what you pay for, not a knock off of it. There are sites on the Internet that distribute popular commercial software either for free or at a minimal cost, but there are major dangers in this practice. When you purchase from an unknown source or download from a Peer to Peer site on the Internet, you don’t know what you are getting.

What type of danger could there be?

Well, like I said before, when you download software or purchase it from unauthorized channels, you really don’t know what you are getting. For instance, you might be getting a product in shabby knock off packaging, inferior instructions about how to install and use the software, unidentifiable installation medium with no labels, which obviously means it’s copied (burnt) to an off the shelf blank DVD or CD media. This also makes the software ineligible for free maintenance updates in some cases.

Another issue is the risk of installing malicious code on your computer. When you install certain software from peer-to-peer sites or even from software purchased on DVD/CD from unauthorized channels, it’s very likely that the software could be injected with malicious code to infiltrate your system. Now you may ask, why would someone do that, especially after I bought it? Well, the intention of the individual is to obtain more valuable information such as credit card data, sites you visit, passwords, anything that can be of value, which is often stored on your computer.

The software might be injected with code that is automated to install something called a key logger which records your keyboard strokes, such as when you log into your e-mail account, enter your credit card information on a website and other types of private information you would never share with anyone but yourself.

Other reasons can include plain and simple mischief, hackers take pride in such activities. For you though, it can become nothing more than frustration. Because you are able to let them into your system easily, the malicious code has the easy job of infecting personal files, system files and other critical parts of your system. The malicious code can be so destructive that the only option you have is to format the system and start from scratch. This is all through the use of piracy, so the risk are very high.

This problem is not limited to Microsoft Windows, which we are going to discuss. Any high value commercial product, whether Adobe Creative Suite, AutoDesk AutoCAD, QuarkXpress, Intuit Quicken, Microsoft Office or even some obscure products that are expensive but not widely used can be bundled with malicious code when obtained from suspicious sources.

Unsuspecting users often don’t know what they have bought and this is the purpose for writing an article about it. Today, I will be discussing Microsoft Windows and how to determine if the installation you have is genuine or not. With the release of Windows 7, Microsoft has developed a sophisticated, easy to use and sought after product. Regardless of its significant value in terms of productivity, a some people don’t want to pay for it or want to find the most affordable way possible to upgrade to Windows 7.

Microsoft realizes this and since October 2009 has made Windows 7 affordable for students on a budget, families with multiple PC’s and others. Some users still might not be aware of these programs and will instead go through the wrong route and others will simply buy a pirated version without knowing it.

Software piracy is not just limited to commercial software that is copied on DVD media and resold, the channel the software is distributed in can be a major issue. Microsoft provides Windows to various segments of the market, these markets include:

OEM versions of Windows 7 are identical to Full License Retail versions except for the following:

There are restrictions applied to how these varieties of Windows 7 are distributed, specifically, the channel. Regardless they are the same code, distributing to the wrong channel can mean you are using the license out of compliance. Volume License Windows licenses for example are regularly misused and abused. Microsoft licenses the software to an organization and only for that organization. This means, it is not be shared outside of the Company with another Company or individual. Also, Volume License Windows are upgrade versions, although they can be used for clean installs, they require that the machine has a qualifying full license that is part of the business branch of Microsoft SKU’s (or editions) of Windows such as Professional or Enterprise edition OEM or FPP. Regardless of this, licenses belonging to Volume License customers are often leaked on the Internet or shared by someone from within the Company. That’s why it is important for Companies to protect their software assets and it is also important for you the consumer to know that you are using the correct product you bought.

But what are the limitations you ask? Yes, you get the software from the wrong source or channel, but its working fine. Well, for a Company, it can be damaging to their reputation, since Microsoft can easily discover when a license is being misused, since it must be activated to confirm its authenticity. Again, you are using software that is not intended for you, this is stipulated in the license agreement between Microsoft and the Company, a contract was basically signed to honor that agreement. This is only one scenario of course, and there are others out there apart from Volume License. Explaining them all would take a few articles. If you would like to learn more, here is a great article by ZDNET Technology Journalist Ed Bott about these different types of Windows licenses and the hacked ones that exist to make it easy to bypass Microsoft Activation Technologies.

Now, since you have a basic understanding of the licensing, distribution and channels to which Windows is provided, how do you determine what you have on your machine is really genuine. For a detailed look at how to tell if Windows is genuine, check out our guide.

Recently there have been keys purchased from auction sites showing up as non genuine, they appear to be connected to vendors selling the software intended for certain channels on Ebay, an example is the following error 0xC004C4A2. If you purchased a key from Ebay please realize that the seller may have sold that key to multiple people resulting in that key becoming blacklisted. These keys were never meant for resale, they were meant for software development or evaluation depending on the program they were obtained through Microsoft Software Developer Network or TechNet Subscription. If you purchased one of these keys and it has become non-genuine with the above code you may need purchase a new license for windows 7. Attempt to validate by going to www.microsoft.com/genuine and follow the links provided to repair windows.

Added note. You only have a limited amount of time (45 days) to file a claim with the auction sites. Stay away from these keys, if you purchased a key that has turned non-genuine and are within the 45 days of purchase file a claim. There are legitimate software vendors on auction sites but if it sounds to good to be true then don’t buy it.

Things to watch out for:

Lately there have been several reports of instances of blocked TechNet or MSDN keys packaged with legitimate looking media. It is part of the reason why Microsoft has instituted new changes to TechNet subscriptions reducing the number of product keys subscribers can request from the site. It is very important when you purchase a Windows License, either a retail boxed package or a digital download from the Microsoft Store that you save the packaging, media and receipts. If you purchase software such as this through other channels such as popular auction sites or resellers and you discover that you are a victim of piracy, you should seek recourse with the store you purchased it from and report it to www.microsoft.com/piracy.

If you have purchased a key, with or without DVD’s or packaging from EBAY or any other person or vendor and believe it may be an MSDN key because your key has been blocked you can check a few things yourself, if you received your key with the physical product go to www.microsoft.com/howtotell and verify your product, however some counterfeit software is so convincing you may not be able to spot it as such.

Microsoft How To Tell