Toshiba Portege Z830 is the Ultrabook You’ve Always Wanted at under $1,000

Toshiba just jumped into the Ultrabook realm with a beautiful looking new Portege model that is said to start under $1,000 when it arrives in November. The Toshiba Portege Z830 is a 13.3″ notebook, measuring .63 inches thick and weighs in at 2.45 pounds, which Toshiba claims is the lightest for a 13″ notebook.

The Portege Z830 is ultra-portable and thin, but it doesn’t leave you wanting for ports and connectivity. Along the sides of the aluminum and magnesium case you’ll find Ethernet, HDMI, VGA, an SD card reader, headphone jack, two USB 2.0 ports and a solitary USB 3.0 connection. The keybaord is also backlit, so you don’t have to worry about trying to work in the dark. 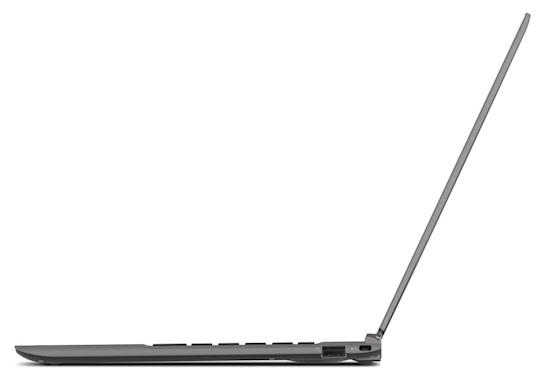 The Toshiba Portege Z830 Ultrabook will start under $1,000

Under this great looking exterior, you’ll have a choice of Intel Core i3, i5 or i7 Sandy Bridge processors, integrated graphics and solid state drives. The entry level model will reportedly start at under $1,000, which is a first for the Ultrabook notebooks. No word on what that notebook will be packing, but I’d venture to guess a Core i3 processor and a 64GB SSD.

The Toshiba Portege Z830 has a 47Whr battery that Toshiba claims can last for up to 8 hours. It will be interesting to see if Toshiba delivers on all of these promises and gives the Macbook Air a run for its money in November.

Paul Miller was able to go hands on with the Portege Z830 at IFA in Berlin and had the following to say about the Ultrabook’s design and hinge,

The exterior shell is very high quality and sturdy. It seems like it’ll do a good job of avoiding scratches and dents, and it’s a leap ahead from the flimsy “thin and light” category of yore. Toshiba was talking up the hinge design, and it is indeed rather magical: it takes a feather touch to lift the lid, meaning you don’t have to brace the rest of the laptop when you’re folding out the screen, but in no way does the hinge feel flimsy or cheap as a result.

Head over to The ThisIsMyNext for more impressions and hands on shots, or enjoy the press shots below. 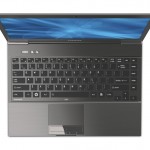 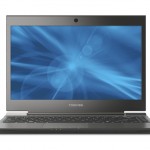 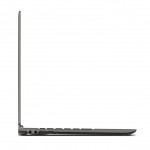 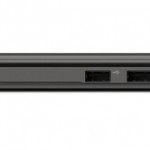 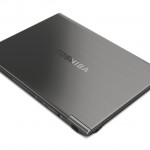 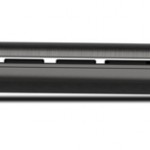 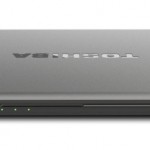 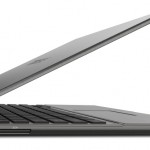 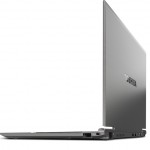 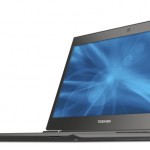 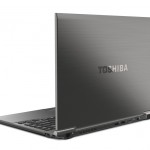 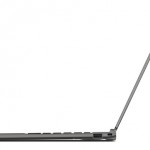 The Toshiba Portege Z830 Ultrabook will start under $1,000