The Acer Aspire 3951 looks a lot like the most popular Apple notebook on the market, and has similar specs too. Yes, we’re talking about the MacBook Air.

Even though Apple is suing pretty much anyone that makes a tablet, the company has yet to come out strong against companies that make look a like Macbook Air notebooks. That’s good news for consumers given the estimated cost of $770 to $960 for the Aspire 3951 ultraportable.

Acer’s Aspire 3951 has a 13.3″ display, 13mm thin design and weighs in around 3 pounds. Sahoa claims that this looker sports an aluminum case, surprising given the shortage of aluminum for notebook chassis, as well as a 2nd Gen Intel processor. Also inside the shiny case is the choice of up to a 160GB SSD, six hours of battery life. 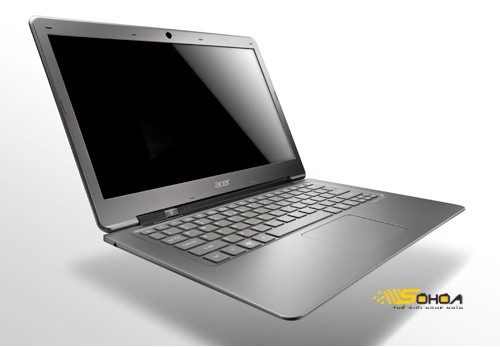 Does the Acer Aspire 3951 look familiar?

Reportedly this notebook will go from sleep to work in 1.7 seconds, which is good news for users who love to leave their notebook on at all times. The wake to sleep time is more important to most users than the time it takes to fully boot. Speed is still important on these ultraportable notebooks, which may get used briefly during a short stop, where it would be less than ideal to open up a larger notebook and wait for it to resume.

The 3951 will reportedly arrive in October under $1,000, possibly as low as $770. If it can come in closer to the $800 mark, we’d venture to guess that consumers will be quick to look closer at this notebook on the shelves of their local Best Buy.

If Acer can deliver this notebook at an affordable price, it would be one of the first UltraBooks which manages to beat the odds and come in under budget. This is important for the overall success of portable notebooks, as there are many more shoppers willing to spend $7 to $800 on their next Windows computer than there are willing to pay over $1,000 — especially for a Windows notebook.

We anticipate a greater selection of ultraportable Windows notebooks this fall and winter as other manufacturers build out their own UltraBooks.