Toshiba just dropped the new Toshiba Qosmio X770 and X770 3D multimedia and gaming notebooks on the market. These notebooks are packed with the latest technology and represent the “Gaming Sweet Spot” that Nvidia was hoping to hit with the GTX 560M GPU and a starting price of just over $1,000. The Qosmio X770 and Qosmio X770 3D are ready to meet the gaming and multimedia needs of many users, and should compare nicely to the Alienware line of gaming notebooks, with a $300 lower starting price.

The Toshiba Qosmio X770 and X7703D are powered by Intel Core i5 and Core i7 processors capable of Turbo boosting to faster speeds when you really need more power and support up to 8GB RAM. The Qosmio X770 notebooks will use the latest NVIDIA GTX 560M GPU which delivers high frame rates, full HD gaming and DirectX 11 support for gaming and power for multimedia creation. The X770 supports Nvidia Optimus to automatically switch between the NVIDIA GPU and the integrated Intel GPU to deliver battery life or raw processing power depending on your current use.

The Qosmio X770 gaming notebooks have a 17.3″ display with a Full 1080P HD resolution and on the X770 3D the NVIDIA 3D Vision software will bring gaming and movies to a new level with full stereoscopic 3D gaming when paired with the included wireless active shutter 3D glasses. The Qosmio X770 3D is capable of 3D Blu-Ray playback, 2D to 3D movie conversion, 3D gaming and output to a 3DTV

In addition to the 3D gaming and multimedia features present on the Qosmio X7703D, both of the X770 models come with a collection of multimedia and usability features. 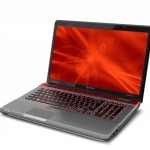 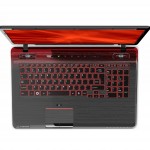 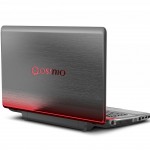 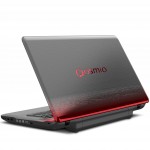 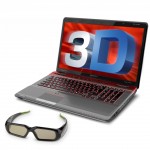 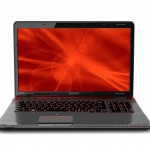 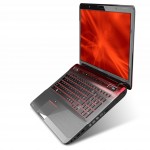