Toshiba advertises the Toshiba Satellite P855-S5200 as an all-purpose entertainment notebook that gives consumers a little more power than the average 15.6-inch notebook.

However, we found that it offers a disappointing collection of better than average specs, but below average usability. The notebook lacks a dedicated graphics card to meet the needs of power users, but even the average user will be turned off by the lower than class resolution, mushy keyboard, below average touchpad performance and lack of Bluetooth. 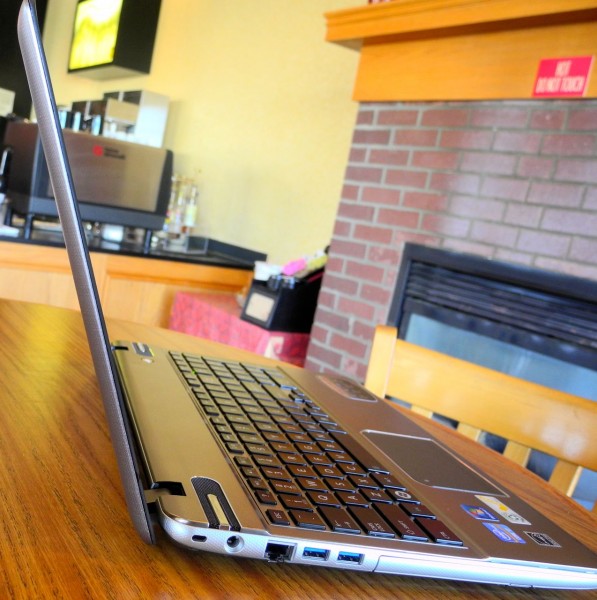 In the video below we quickly share the various features of the Toshiba Satellite P855-S5200. 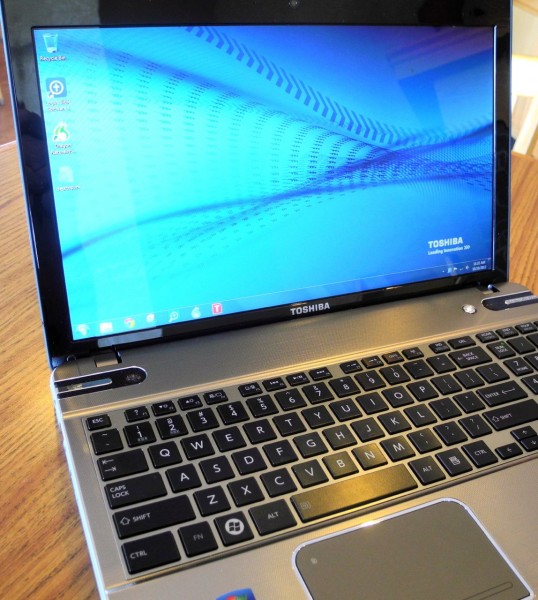 The Satellite P855-S5200 comes with a widescreen 15.6″ display and packs in a full keyboard with numeric keypad. A pair of harman Kardon speakers sit between the keyboard and the display and an ample wrist rest below the keyboard. It feels heavy despite the plastic body and materials used to make the machine. The hinges feel sturdy. However, there’s a lot of give in the keyboard and top lid. 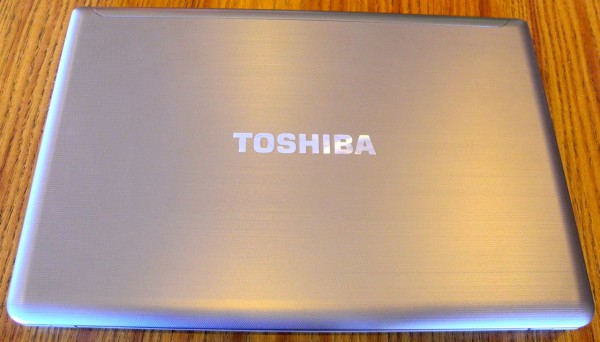 The ports along the sides include the following: 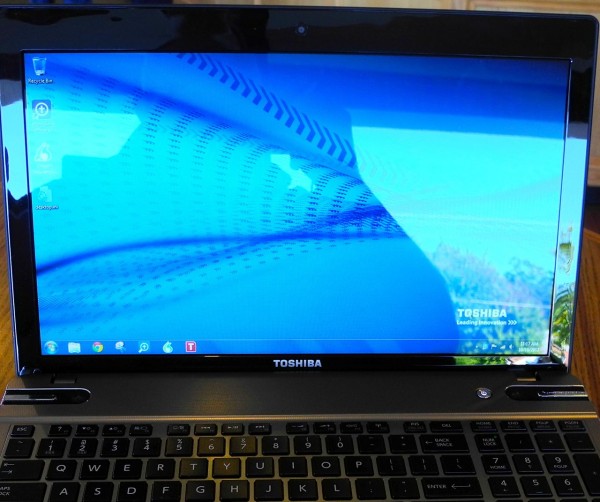 The 1366×768 resolution feels limiting on modern notebooks in the price range of the Satellite P855-S5200. We would like to see a higher resolution on a 15.6-inch display, especially on a $800 notebook. The glossy display makes it hard to work in bright light. Even with the brightness at max, it is difficult to use this notebook near windows or outdoors. Turning up the brightness drains the battery life quicker as well.

The Toshiba Satellite P855-S5200 packs plenty of processor power with an Intel Core i7-3610QM running at 2.3GHz. Toshiba also threw in an ample 8GB of RAM and a spacious 750GB hard drive. That drive runs at only 5400rpm, a bit of a bottle neck for disk intensive tasks but that’s the standard on mid to low end systems.

The Toshiba Satellite P855-S5200 falls down in graphics performance. An entertainment PC should come with dedicated graphics, but this machine only uses integrated Intel HD Graphics 4000, which might do well for a business machine, but not an entertainment computer. If a user defines entertainment as watching streaming video, DVDs and playing music, then the Satellite P855-S5200 works okay. Throw in some games then it fails short and without a Blu-ray disk and higher resolution display, one can’t call it a great entertainment machine.

After watching movies and playing music we found the harmon/kardon speakers underperformed.The speakers are loud enough, but sound a bit muddled.

We also ran a bunch of programs all at once and they performed well thanks to the processor and 8GB of RAM. We experienced no lag even when one of our daily use apps entered indexing mode, which normally brings the average system to its knees.

The Toshiba P855-S5200 offers plenty of power for average consumers who don’t play a lot of games or run programs that need a lot of video power. 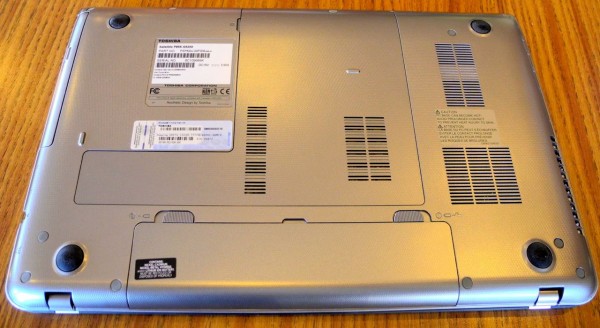 Charging the battery from stone cold dead to full took just two hours, a decent time. The 6-cell Li-ion battery with 47Wh in the 6-cell battery. Toshiba promises 5.5 hours, but because we had to pump up the brightness to use it in the bright coffee shop, we only got about 2 hours. Our battery drain test took the system down in 2:35. That’s pretty dismal. It means users can’t stray too far from a power outlet and must carry around the clunky power cord that comes with the machine. 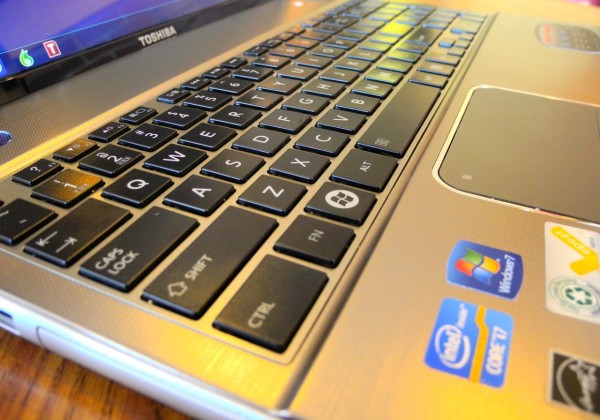 Here’s where the Toshiba P855-S5200 really disappoints. The mushy keyboard isn’t just distracting, it impacts productivity and the usability of the notebook. The keys require more force than average to register a key-press which leads to many typos and frustration. The errors shown below are common while typing on this notebook.

For those paying attention, that’s the center keys on the keyboard failing way too much.

The Toshiba P855-S5200 includes a number pad to the right which is a plus for users who spend a lot of time in spreadsheets, but it does move the keyboard off-center so keep that in mind before buying.

Despite the number pad pushing the letter keys to the left, the keyboard is spaced well and includes all the keys one would expect and in the right place. 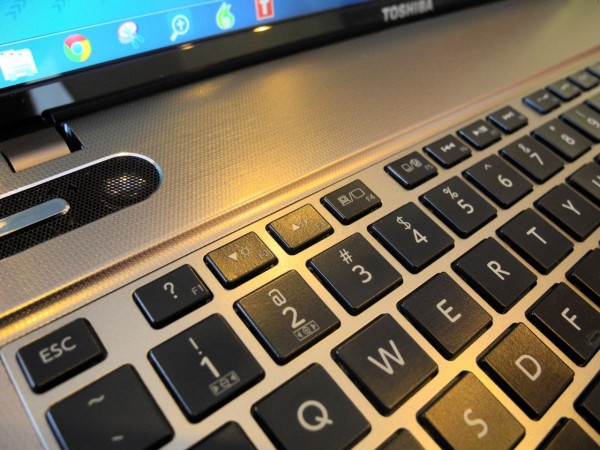 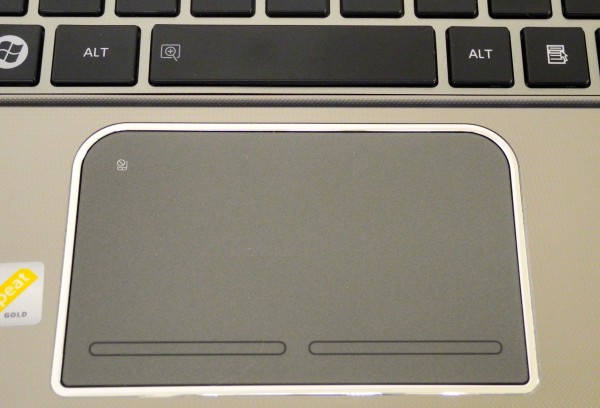 The trackpad matches the keyboard for quality. It offers multi-touch but the right and left buttons are integrated into the trackpad. We occasionally hit the right-click button while trying to tap the touchpad for a simple mouse click.

The Toshiba P855-S5200 supports two fingers for a right-click and a two finger scrolling multi-touch feature mimicking a scroll wheel.

The included software does little to add value to the Toshiba Satellite P855-S5200 while slowing it down, especially on boot. Toshiba installed Microsoft Office Starter edition and other things from Microsoft like Live Essentials. There’s also a Norton Internet Security 30 day trial and a bunch of Toshiba apps, none of which will wow many users and clogs up the drive and startup folder.

Integrated graphics, slow boot times and average screen resolution on a system that retails for nearly $800 disappoints. The Toshiba Sataellite P855-S5200 doesn’t cater to a specific use. Instead trying to be a machine for one group, Toshiba tries to fit the needs of multiple users and misses the mark.

The Toshiba Sataellite P855-S5200 isnot a $800 notebook, it’s what we expect in the $500 to $600 range. The speedy intel Core i7 processor and 8GB of RAM can’t make up for other failings and a lack of dedicated graphics. 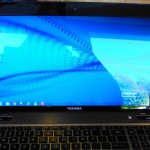 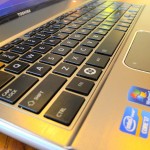 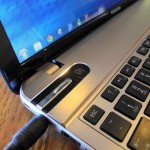 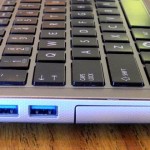 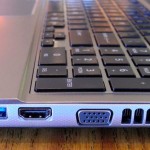 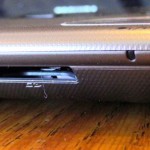 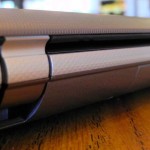 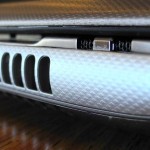 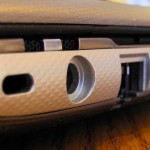 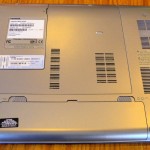 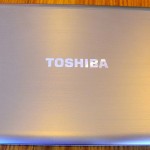 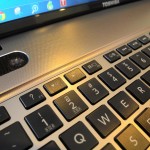 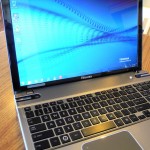 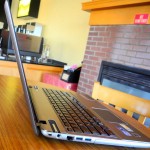 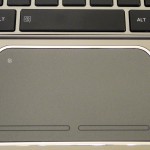