NVIDIA just announced the NVIDIA GeForce GTX 560M mobile notebook GPU which is the latest gaming GPU to roll off the lines at NVIDIA with support for Direct X11, NVIDIA PhysX, NVIDIA 3D Vision, 3DTV Play and for the first time ﻿NVIDIA Optimus.

The new NVIDIA GeForce GTX560M GPU is designed hit the “Notebook Gaming Sweet Spot,” which is in the $999 to $1,999 price range according to NVIDIA. These notebooks are a step up from the multimedia notebooks many mainsteam users purchase, but not as expensive as the extreme gaming notebooks that bring out of this world pricetags.

NVIDIA tells us that the GTX 560M powered gaming notebooks will be able to offer 1080P resolution with Max Detail on games like Crysis and Duke Nukem Forever, all at playable frames per second. 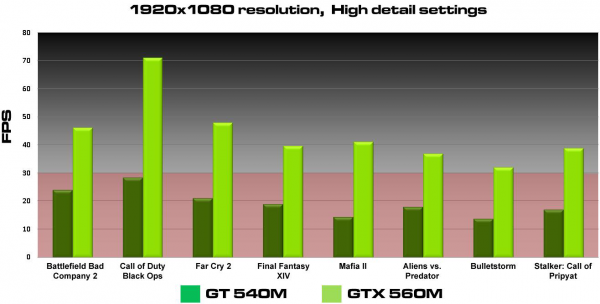 NVIDIA Optimus – The new GeForce GTX 560M GpU packs in a lot of NVIDIA Technology, but one of the most exciting additions, especially for notebooks that aren’t dedicated totally to gaming, is NVIDIA Optimus.

NVIDIA Optimus will automatically switch between the NVIDIA GPU and the integrated Intel GPU based on your needs so that your battery will last as  long as possible. In practice this means that while you play Duke Nukem Forever you will enjoy high FPS and full details at the cost of battery life, but when you are taking notes in class or checking Facebook you’ll enjoy the battery life of a notebook with an integrated GPU.

NVIDIA 3D Vision – The new GeForce GTX 560M equipped notebooks will support NVIDIA 3D Vision, which allows users to connect wired or wireless glasses to their gaming notebook to enjoy up over 500 games in 3D. This same technology can also be used to view movies and photos in stereoscopic 3D.

PhysX – Rather than being limited to predetermined animations, PhysX allows games to deliver more realistic actions and animations based on, you guessed it, physics. To see how PhysX changes gameplay, watch the video above which shows a splitscreen view of PhysX off and PhysX on in Mafia 2.

Verde Drivers – The NVIDIA Verde Driver program delivers monthly drivers for Verde GPUs so that users get the most up to date drivers possible, so that they are ready to play new games when they arrive. 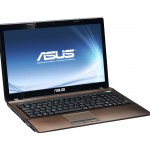 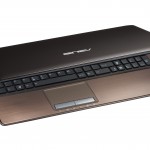 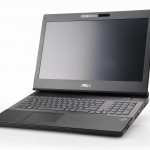 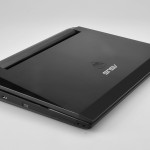 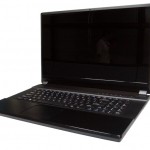 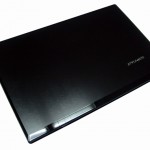 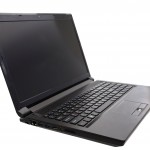 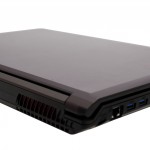 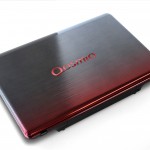 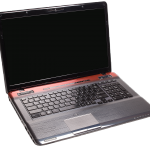 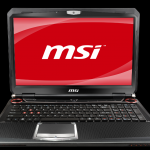 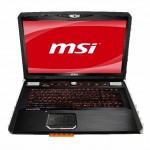