This week Apple was granted a patent that takes two ideas and puts them together to form an interesting way to attach antennas to either a MacBook or an iPad. According to ZDNet, the antenna is an extendable design meaning it could pull out and be raised for reception and then retracted when not in use. 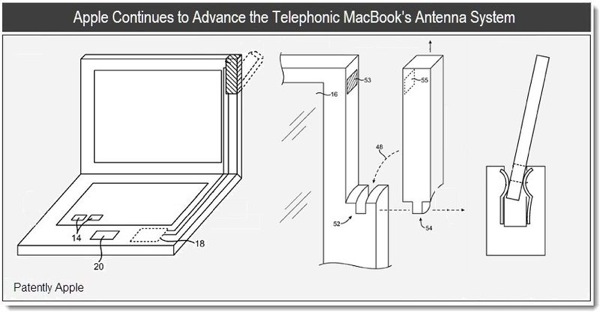 Patently Apple shows the artwork above in which you can see that the antenna could attach in the upper corner of the computer. To use it, you could pull it away from the frame of the computer. Then return it when not in use. The antenna would also be removable. Magnets would be the primary means of attaching the antenna.

Apple uses magnets a lot. It has the innovative MagSafer power connector which attaches the charging cable to the computer with a magnet. With the release of the iPad 2, the Smart Cover uses a complicated arrangement of magnets to both attach the cover and to close the cover turning off the display. This is just another interesting use of magnets.

The key features of this system would be:

How will this affect notebook buyers? First, it shows that Apple is working on building wireless broadband into their computers. This is nothing new for Windows notebooks, but would be a first for Apple. The problem is people are not as likely to want yet another wireless bill added to their phone and now tablets. But some do want this feature and this patent shows Apple is at least thinking about it. 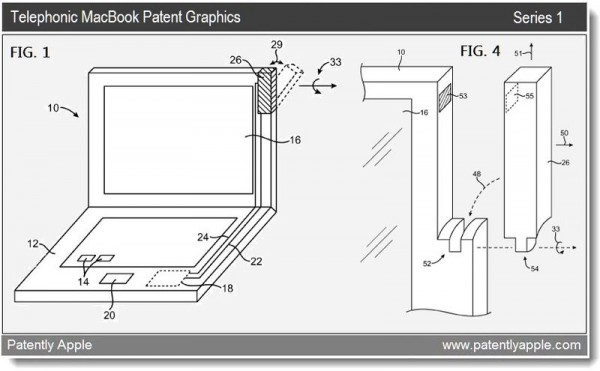 Second, it makes wireless data connectivity more reliable with the antenna not being housed inside the device. Is it possible that a detachable antenna could also be used to connect more than one device? Could users take the antenna and connect it to a MacBook and then detach it to connect to an iPad? This might solve the issue of having multiple wireless data plans. That doesn’t seem to be  part of the patent, but why else would it be detachable? This is at least one explanation.

We have to remember that not all patents see the light of day in actual products. Apple might just be protecting an idea their engineers had.

There are more details and graphics related to the patent at Patently Apple.