A Java Update To Far: When Updates Do More Harm than Good

Java updates are really taking it too far these days. This weekend I had to help my in-laws update their computer. They had received an unfamiliar popup telling them to install an antivirus program they went familiar with. Thankfully they had listened to my advice and closed what they thought was an attempt to install malware on their computer. 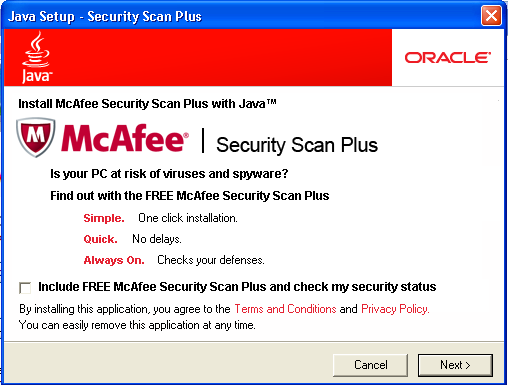 I sat down to see what was up and was greeted with a Java update, one of the many that are pushed each week. Unlike the past Java update notifications which merely tried to install some pointless browser toolbar, this version tried to install a Mcafee Antivirus tool — even though they had an active antivirus program and had been told to ignore unrequested antivirus installation attempts. 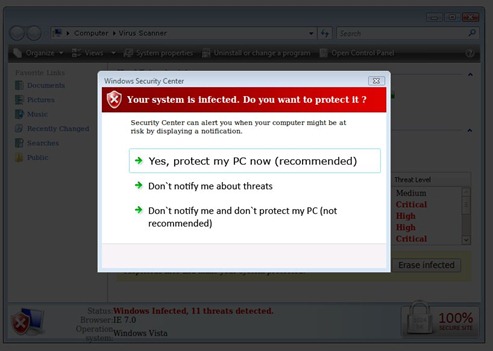 The really sad thing is that because Java and Mcafee are trying to make money by plying a “free” scan, they are actually making it harder for average users to stay safe while surfing the web.

There are two possible outcomes, neither of which are good to the new Java update notifications;

If these Java updates continue to try to push these anti virus installations in updates, then the company is just as bad as the fake anti-virus programs that get by tricking users into installing applications they don’t want and eventually purchasing a full version.

Have you cancelled a Java update because you thought it was a malicious installation?