Now that Super Bowl XLV is over, fans might want to get their hands on the official NFL game program. These are often collectors items. In a digital age, getting access to a version that can be read on the iPad, while not as collectible, might be just as fun. So we are bringing you this week’s iPad App of the Week, which is the Super Bowl XLV Official NFL Game Program (free), in a digital format. 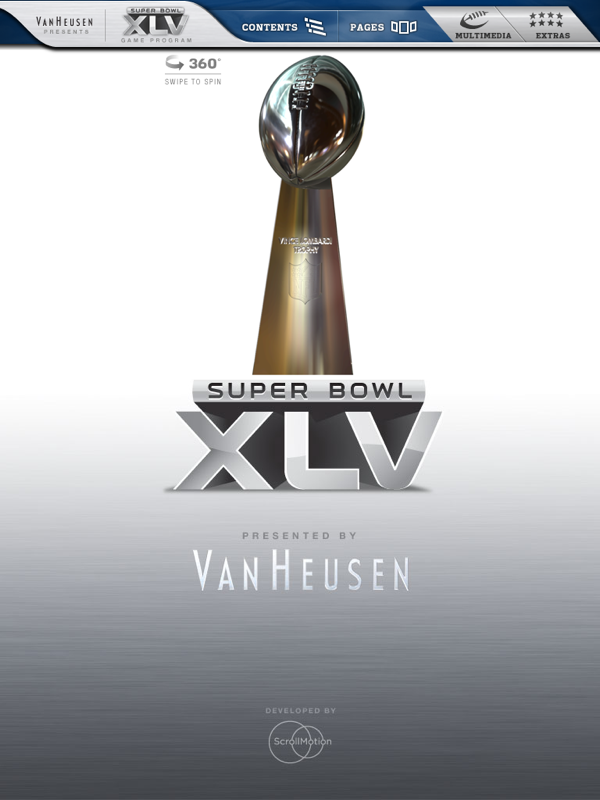 The program is like most NFL game programs – you get stories about the teams and their rosters of players and coaches. You also get info about past Super Bowls with highlight photos and stats. You also get stories and photos about how both of the Super Bowl teams made it through the 2010 playoffs to the big game. What sets the digital format apart from the paper version is you get multimedia content and they updated it after the game to show highlights, photos and info about the Super Bowl itself. That’s not something you could do with the old-fashioned game programs you would buy at the Super Bowl. 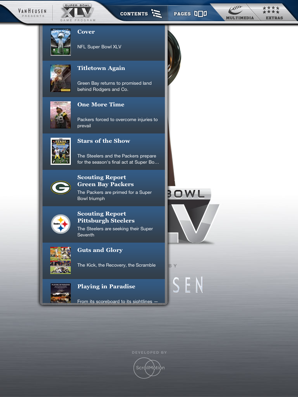 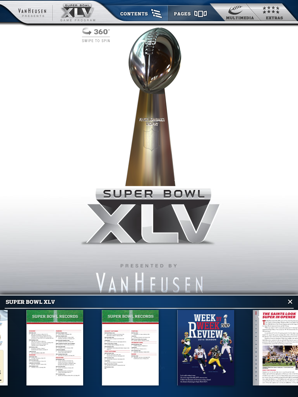 When you open the app up there is a nice video of the trophy with background music. You can scroll through the pages by swiping. And there is a button on the upper toolbar for a table of contents and one that reveals the scrolling thumbnails of the pages along the bottom. There is a Multimedia page and a shopping page called Extras as well. 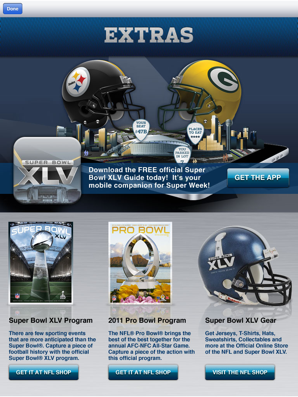 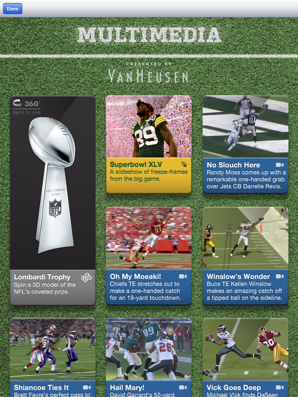 The Multimedia page has pictures of this year’s game and video highlights from the game, playoffs, and past Super Bowls. The Extras shopping page has links to the NFL Shop where you can buy the paper program of either the Super Bowl or the NFL Pro Bowl game. The other link is to the shop where you can buy other NFL gear like hats and shirts, etc. 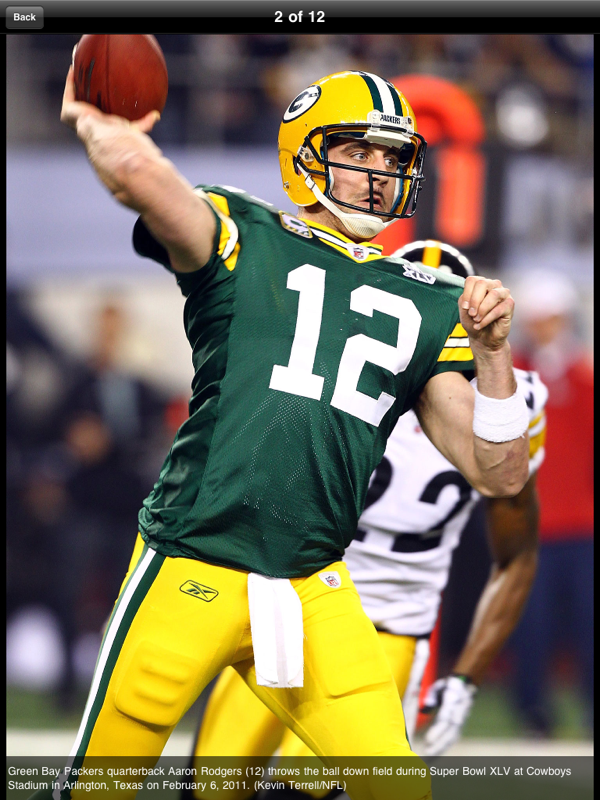 We really like the app because it shows the versatility of what a digital publication can do that print cannot. We doubt collectors of Super Bowl programs would see it as a replacement, but it does serve as a nice addendum to the print version. Plus, a collector could put the print version away for safe keeping and enjoy the iPad version. The NFL updated the app to show post game content, which you could not do with a book.

Here is our video review of the app: