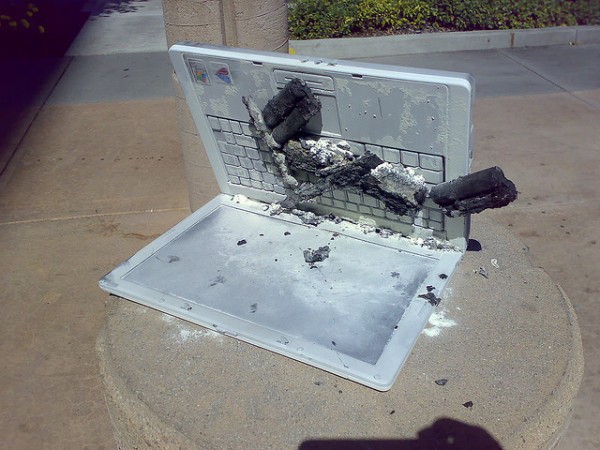 Sad news came in this morning of a house fire in St. Louis that was the result of a laptop that overheated after being left on the floor. The home was destroyed by the blaze, which isn’t surprising given the ferociousness of a fire when it is fueled by a Lithium ion laptop battery.

Fire investigators told KTVI that the notebook’s fans and vents were blocked, causing an increase in heat and eventually a fire that spread throughout the house. Notebook fires aren’t common, but when the vents are blocked the possibility of overheating and a fire is a real threat.

In the video below you can see just how easily a notebook left running on the carpet can overheat and catch fire. This video was filmed at the LAX airport when a passenger’s laptop caught fire in 2007.

The news report doesn’t mention the brand of laptop used, or how long the laptop was left running on the carpet, but there are simple steps you can take to keep any laptop from overheating.

How to Prevent a Notebook from Overheating:

The good news is that the family of four was not injured in this blaze.