As the Super Bowl approaches fans of the two teams and the NFL in general are getting psyched about the big game. With the advent of social media, the nearly ubiquitous nature of the Internet, and very public nature of our favorite sports stars using these things, it is even easier to get involved in the hype. We will show you some ways you can follow the game and your team online. 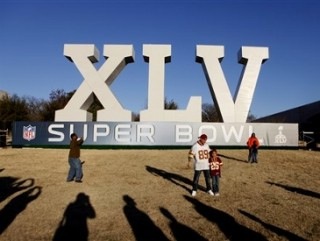 With Twitter, following the teams is easier. In fact one of the pre-game controversies came as a result of players on injured reserve tweeting that they were disappointed they would not be part of the official Super Bowl Team picture the Green Bay Packers will be taking the week before the game.

Injured players Nick Barnett and JerMichael Finley will not be in Dallas till Thursday. The team picture was to be taken on Monday. They tweeted that they were disappointed in the team. So even the head coach weighed in saying they would move the time of the photo. Since then, the players have deleted their tweets and, in Barnett’s case, chose to stop Tweeting altogether. 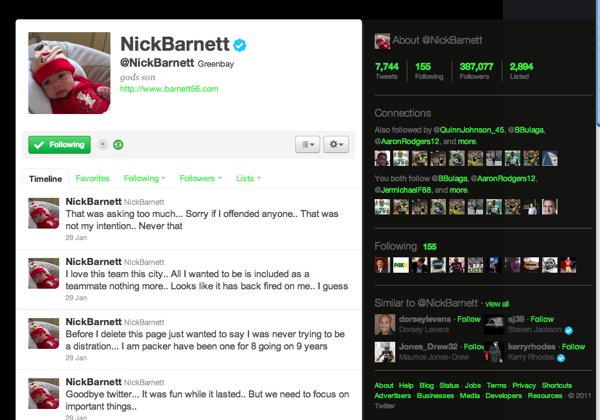 It was also interesting to see how Twitter impacted the legacy of Chicago Bears Quarter Back Jay Cutler who left the NFC Championship game with an injured knee. Players all over the league began to Tweet during the game that he had quit on this team. The controversy lasted a week as a result.

On the Steelers site, fans can find their official Twitter account too. And some of their players are on as well. You can also find a list on Tweeting Athletes. Their stand out safety, Troy Polamolu is one of them. Also you can find their star Wide Receiver Hines Ward.

For people more oriented towards Facebook, there are plenty of fan pages to get hooked up with the hype. Both the Packers and Steelers have them.  So does the NFL. And if you want you can “Like” the NFL page and vote for who you want to win the game. If you are one of the luck 100K fans going to the game itself, then check out the host committee’s page. 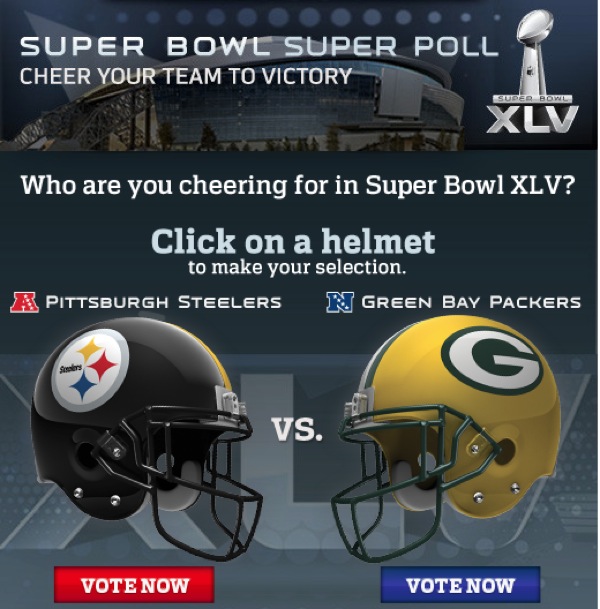 Of course many of the teams’ players are on with fan pages. Just search Facebook for your favorite player and it is likely that they have a page.

You can count on seeing Facebook pages being advertised heavily during the game. But Anheuser Busch is getting into the act and using Facebook to draw some attention to their Super Bowl ads (full article requires subscription) as is Coca Cola.

If you know of other Twitter and Facebook pages related to Super Bowl XLV, please post them in the comments below. And check back for more ways you can get into the Super Bowl hype with links to fan blogs, news sites, and more.