Kensington KeyFolio Wireless Keyboard with Case for the iPad Review

The Kensington KeyFolio Wireless Keyboard with Case for the Apple iPad is not only a nice protective faux leather case that props the iPad up at a nice viewing angle for typing, but it also has a wireless Bluetooth keyboard built into the case. The result is the user is never without a physical keyboard for data entry on the iPad. 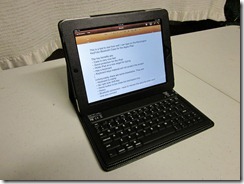 First, what is great about this case? It is attractive even if very conservative looking. It is a black folio case that feels good in your hands. It protects the iPad very well. I dropped my iPad and there wasn’t a scratch, ding or break on it thanks to the case. The firm cover does a nice job of protecting the display and though the keyboard is what touches the screen, the rubberized material used to make the keyboard does not scratch it. It does leave marks like fingerprints, but that’s the fault of the iPad, not the case. Finally, all ports and buttons are easily accessible while the iPad is in the case. 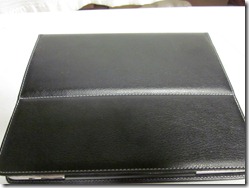 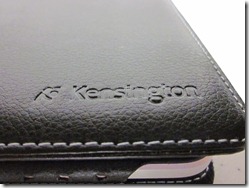 Unfortunately, not all is perfect with Kensington’s case. If you are a hunt and peck typist, you won’t have any problem using the keyboard with the iPad. I am a touch typist and have been entering data without looking at the keys for nearly more than 25 years. Every keyboard I have used, with few exceptions, has a shift key on the right. This one does not. Also the backspace key in the upper right corner is very close the keyboard’s home screen used to exit apps on the iPad taking the iPad to the Home screen. These two weaknesses frustrated me while I tried to touch type. Once I made the concession, things went a little better. And even though the keys are a little mushy, they feel okay as you press them. There is a quick response. 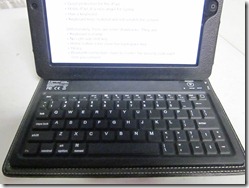 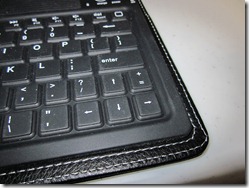 There is a minor issue with the Bluetooth. Every time I turned on the iPad’s Bluetooth radio and the keyboard’s on/off switch I had to reconnect by typing in a security code. It is a minor annoyance, but I wish it would remember the code and save it so all I had to do was turn on Bluetooth and they keyboard and they would automatically pair the way the Apple Bluetooth Keyboard does. 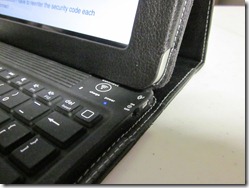 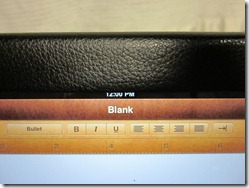 Two final concerns: one is related to the size. This keyboard is much smaller than almost any keyboard, except for the smallest of 10-inch netbook keyboards. So for large hands like mine, the keyboard is a little cramped. The other is that the top edge of the case overlaps the very top of the screen. Notice above right that the fit is slightly off thus hiding the time in the status bar of the iPad iOS. Not a real problem, but one to take note of. 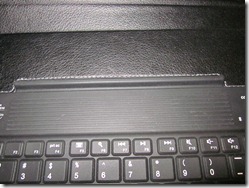 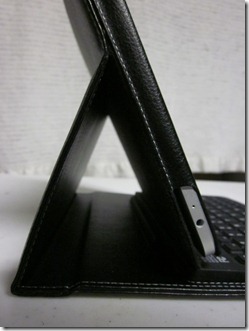 Despite its weaknesses, the keyboard is decent. The case is great and they angle at which the iPad sits is perfect for long typing sessions. The groove behind the keys holds the iPad part of the case without any wiggle so long as you set it on a firm flat surface. If you are willing to give up on the way you have been touch typing all these years or never started, then I can recommend this case to you. For keyboard snobs like me, it is best to just carry around the Apple Bluetooth Keyboard and suffer with the added weight and size.

The Kensington KeyFolio Wireless Keyboard with Case for the Apple iPad is available from Kensington and other online retailers for $99. 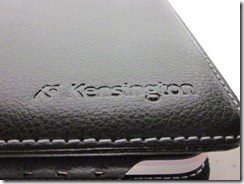 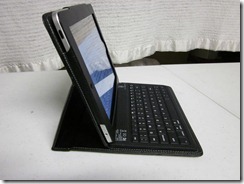 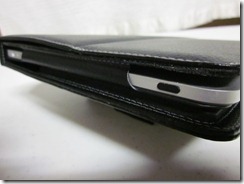 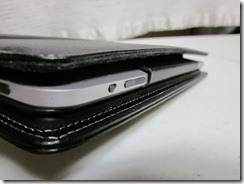 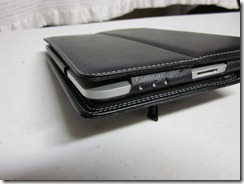 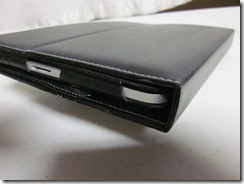