Today, Motorola released a statement in response to the recent claims that the Droid X is bricked (unusable) when an alternative Android operating system is loaded. Though Motorola confirms that the device is not actually bricked, it is unusable until approved software is re-installed.

The Motorola Droid X was recently added to Verizon Wireless’s Android arsenal. The 4.3-inch touchscreen smartphone is the successor to the popular Motorola Droid. There are reports of some users who tried to load Android 2.2 (Froyo) on the new device, only to have the device bricked or unusable. This issue was reportedly due to the Droid X’s eFuse chip, which forbids non-approved operating systems from being installed.

Motorola’s explanation on the bootloader issue: 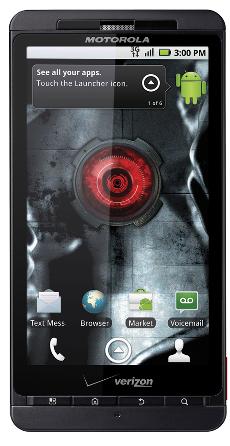 “Motorola’s primary focus is the security of our end users and protection of their data, while also meeting carrier, partner and legal requirements. The Droid X and a majority of Android consumer devices on the market today have a secured bootloader. In reference specifically to eFuse, the technology is not loaded with the purpose of preventing a consumer device from functioning, but rather ensuring for the user that the device only runs on updated and tested versions of software. If a device attempts to boot with unapproved software, it will go into recovery mode, and can re-boot once approved software is re-installed. Checking for a valid software configuration is a common practice within the industry to protect the user against potential malicious software threats. Motorola has been a long time advocate of open platforms and provides a number of resources to developers to foster the ecosystem including tools and access to devices via MOTODEV at https://developer.motorola.com.”

In other words, the phone will enter recovery mode and can be up and running again when Motorola-approved software is re-installed. This means that for now, Droid X users may have to wait for the official release of Android 2.2 (Froyo) from Motorola, unless someone figures out how to bypass this bootloader issue. The video below shows you how to get into the Droid X bootloader, if you would like to take a shot at hacking the device.

Despite the bootloader issue, the Droid X has had a very successful launch. It has officially sold out on the Verizon Wireless website, with a new estimated ship date of July 23rd. The Droid X is currently available from Verizon Wireless for $199 or Walmart for $149 with new two-year contract.