The makers of fine Mac (and mobile gadget) protection and bags at Speck have announced a new lineup of iPad accessories including cases, carrying sleeves and anti-glare screen protectors. They were kind enough to send over a Speck CandyShell iPad case for review. The iPad CandyShell iPad case is similar to the Speck CandyShell iPhone case, but it is tailored specifically for the iPad and has a big advantage over many current iPad cases because it lets you connect your iPad to the Apple iPad dock without removing the case — a first that we’ve seen.

The Speck CandyShell iPad case is a snap on case that hugs the edges of your iPad adding a cushion between the precious aluminum backside and surfaces that seemingly conspire to scratch the back of your iPad every time you lay it down. The hard rubber outershell of the Speck CandyShell case is paired with a honeycomb interior that provides a bit of shock protection. Additionally, the case adds a lip on the top of the iPad which allows you to carry it with a book on top or place it facedown without the fear that someone will drop something on the screen. The only downside to the shell was that the black model we have shows fingerprints almost as bad as the iPad’s screen does; but with the added grip the case provides it’s a sacrifice we’ll make. It is possible that fingerprints won’t show as much on the NightShade Purple CandyShell case.

The case has an opening for headphones, the internal microphone and the hold switch while providing soft rubber button covers to handle the power and volume up/down functions. I found that both the power and volume buttons worked fine with the new case and were perhaps even easier to find by touch when reading in bed. When it comes to openings I was a little underwhelmed because the orientation hold button was for me to turn on and off. It wasn’t impossible to reach and if you have fingernails you won’t have a problem at all, but I found myself angling my index finger in or relying on my smaller pinky finger to slip the switch.

The bottom of the case pops out to let you plug the iPad into the Apple Dock or to plug in the standard USB cable and is really well designed. My first thought was that the flap would tear off with too much pressure but after twisting and tugging, with the same force you might receive upon snagging it on a your gear bag, there was no sign that it would come loose. I was also impressed by the ease it snaps in and out of place without leaving any lines that jut out of the device. The final thing to note about the Speck CandyShell’s dock flap is that if you don’t want to use the dock you can leave the flap open just enough to plug in the dock connector without turning your iPad over or feeling like you are going to stress the device.

Overall the Speck CandyShell iPad case offers great protection without getting in the way of connecting it your computer or power. Adding the case to my iPad marked a special transition in my ownership, which granted most cases will, in that I could take my iPad anywhere and set it down without fear of it getting scratched. Previous to snapping my iPad into the Speck CandyShell I had a generic netbook bag and a cloth to clean the screen; and I never set the iPad on a hard surface without placing my case or the cloth under it. By adding the CandyShell case I could place my iPad wherever I want, without a second thought — and it was great.

I still think my perfect iPad case will include some sort of cover for the screen (other than a screen protector which Speck also makes) but, the Speck CandyShell is a great case and offers significant value to anyone who wants to connect their iPad to an Apple Dock or Apple Dock+Keyboard without completely removing the iPad from its case. The case is $49.95, which is about standard for high end iPad cases and will be available soon online and at Apple retail locations. I have no reservations recommending this case to a friend looking to protect their iPad; in fact, I already have.

Stay tuned as we will be bringing you reviews of other Speck products including the Speck Anti-Glare iPad screen protector. 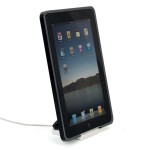 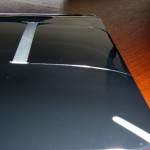 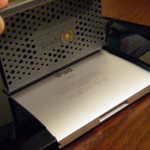 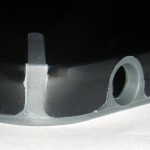 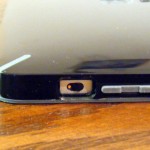 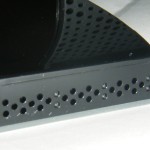 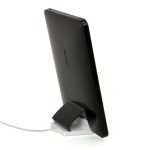 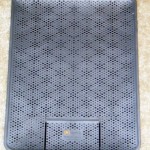 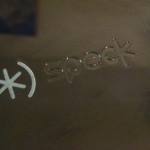 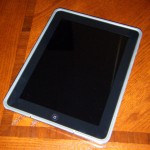