Earlier today we mentioned that Gizmodo got its hands on what appears to be a pre-production version of the new iPhone that’s expected to be announced this June. While many news sites are calling the phone “lost,” Apple apparently considers it stolen property.

The new iPhone was allegedly found in a bar in Redwood City, Calif. by a person who offered it to Engadget for a price. Engadget passed on the opportunity, but Gizmodo apparently paid a price and has their hands on the device. 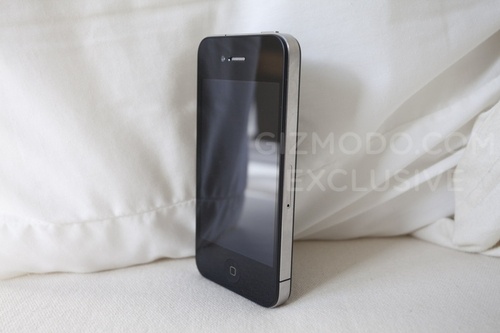 Daring Fireball’s John Gruber, contacted one of his many reliable Apple sources to get the scoop.

“It is my understanding that Apple considers this unit stolen, not lost. And as for the someone(s)â€ who foundâ€ it, I believe it is disingenuous for Gizmodo to play coy, as though they don’t know who the someones are.”

As I mentioned earlier today, selling or buying lost or stolen property is illegal in the state of California. While I’m not a lawyer, it’s pretty clear that the new iPhone was either sold or given to Gizmodo illegally.

2080. Any person who finds a thing lost is not bound to take charge

of it, unless the person is otherwise required to do so by contract

or law, but when the person does take charge of it he or she is

thenceforward a depositary for the owner, with the rights and

obligations of a depositary for hire. Any person or any public or

private entity that finds and takes possession of any money, goods,

things in action, or other personal property, or saves any domestic

animal from harm, neglect, drowning, or starvation, shall, within a

reasonable time, inform the owner, if known, and make restitution

without compensation, except a reasonable charge for saving and

taking care of the property. Any person who takes possession of a

live domestic animal shall provide for humane treatment of the

If Apple comes forward to claim the lost/stolen phone I think Gizmodo should hand it over immediately and hope/pray that its editors and parent company aren’t sued into oblivion. It’s one thing to write about a found piece of lost property, it’s another thing to knowingly buy lost/stolen property.

Whether the new iPhone was lost or stolen may be irrelevant to whomever was testing it. Apple’s most senior management probably has their hands on the next-generation iPhone already. Senior engineers and managers, such as those responsible for implementing iPhone OS 4.0 may already be using the new iPhone as well. Senior managers from AT&T may also have testing units of the new iPhone already as well, but given the proximity to Apple’s headquarters, I’d be willing to bet that an Apple employee left it behind at the bar.

Whomever lost the new iPhone is probably hating life today. Apple is incredibly secretive about products under development. The company’s legal department has been pretty aggressive about tracking done sources of leaks. I wouldn’t expect any C-level executives to lose their jobs over this incident, I wouldn’t be surprised if whomever lost the new iPhone was canned in short order.

While some companies would kill for the coverage that Apple generates when information leaks, Apple prefers to make a big splash with product introductions. Apple Keynotes, or “Stevenotes,” only happen a few times per year and serve as a launching pad for next generation products.