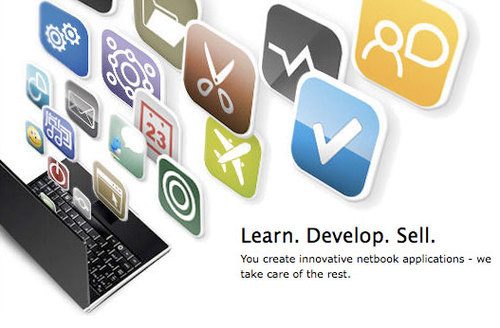 Apple has the App Store, Android has the Android Market, Windows has the Windows Marketplace…and now it looks like Intel will have the Netbook App Store.

Intel has just released a  new beta SDK for Atom-powered netbooks.  The idea is to have enough applications built so that an Netbook store can be preinstalled on both Windows and Moblin systems in 2010.  This way, when a user buys a new netbook, they dont have to wonder, “How am I to get applications for this?  Where do I find them?”  They will all be available, right from the netbook itself.

According to the interview with CNet, “We have a lot of developers right now jumping all over this and writing apps and getting them ready,” Scott Apeland, director of Intel’s Developer Network, told CNET Wednesday. “Today, you can actually submit applications and get them in validation and be one of the first in the store when we have that available next year. We don’t have specific dates. It’s how fast we can get it up and ready.”

While this would be a great boon to software developers, only time will tell to see if users will catch on and use it.

Click here for more information on the Intel SDK.