The Dell Adamo XPS is the world’s thinnest notebook. It’s 9.99mm thick, which means it’s even trimmer than an iPhone. It will be available this month for $1,799 from Dell.com and at select retailers. There’s definitely a steep price premium here, but If you want to turn heads and impress your friends this notebook will do the trick.

The Dell Adamo XPS doesn’t have a traditional clamshell design. Instead, the keyboard flips down from the display. It’s components include a 1.4GHz ULV Intel processor, 4GB of RAM and a 128GB SSD. It comes with a battery that’s rated to last two hours and 30 minutes, which won’t be nearly enough for many users. A thicker battery will be available that is rated to last up to five hours and 17 minutes.

Here’s a video that demonstrates how thin the Adamo XPS actually is compared to an iPhone and the Envy 13. Keep in mind that the Envy 13 is actually a very thin notebook itself.

One of our readers asked us to compare the Dell Adamo XPS to the size of a quarter. It’s much thinner than a quarter placed on edge and about as thick as six stacked quarters. 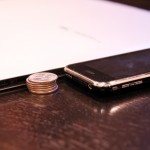 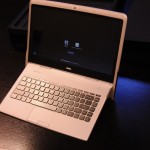 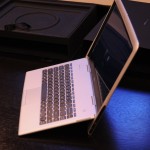 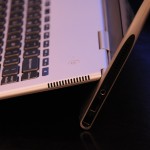 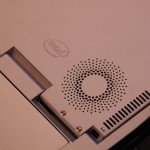 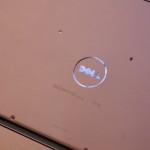 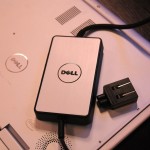 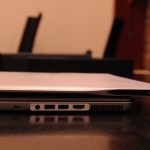 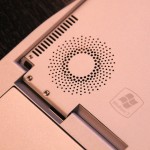 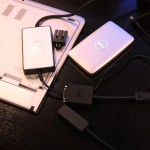 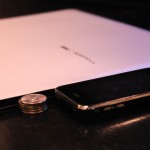 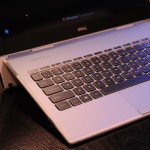 Here’s a longer video that I published on GottaBeMobile.com.

The base model of the Dell Adamo XPS costs $1,799 at Dell.com and select retailers. It comes with a 1.4GHz Intel ULV processor, 4GB of RAM and 128GB SSD. Matching external hard drives and an optical drive are optional.