HP officially announced the Mini 311, an 11.6″ netbook that features NVIDIA ION graphics. The Mini 311 looks pretty similar to the Mini 110, but there are a few key differences that may make the Mini 311 more attractive for some users.

The Mini 311 stretches the definition of “netbook.”Its 11.6” display has a resolution of 1366 x 768 pixels, giving users more real estate to enjoy digital content compared to the 1024 x 576 resolution that is standard on the Mini 110 and many other netbooks. It comes standard with 1GB of RAM, a 160GB hard drive and 1.6Ghz Intel Atom processor.

I got to take a look at the Mini 311 a couple of weeks ago and shot the following video.

The Mini 311 will start at $399, which is pretty reasonable considering it comes with NVIDIA ION Graphics. While I haven’t had a chance to play high-def video or video games on the Mini 311, NVIDIA ION reference designs do allow users to play popular games at low settings. The Mini 311 has an HDMI port, which can be used for displaying content on an external monitor or HDTV. 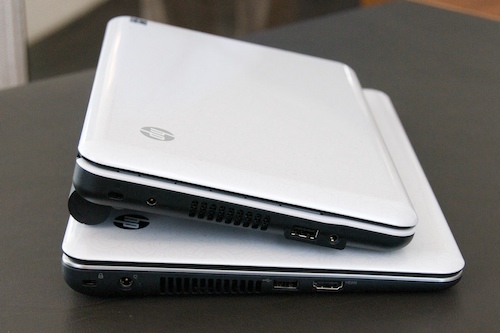 The Mini 311 is the first HP netbook with mouse buttons that are in the right place. The Mini 110’s mouse buttons are placed to the side of the trackpad, which takes some time to get used to. 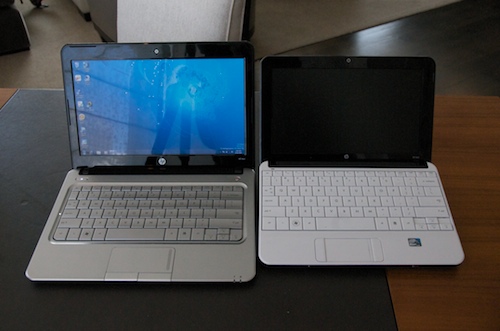 The HP Mini 311 is significantly larger than the Mini 110. As you can see, the Mini 311 has a silver keyboard, trackpad and palmrest area. The Mini 110’s keyboard is color-matched to the rest of the netbook. You can see the difference in the mouse button layout in this photo. 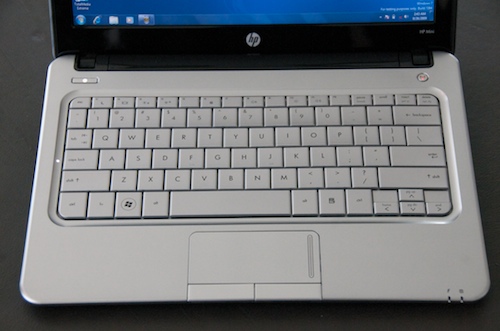 Here are some photos of the Mini 311 that HP sent over: