HP’s Envy 13 is a premium notebook that features an all-metal design and innovative features. The Envy 13 starts at $1,699, which is a lot more expensive than other HP notebooks, but it’s well worth it if you put a premium on design and battery life. The Envy 13 can run for up to 18 hours on a single charge with an optional secondary battery.

The Envy 13’s design has little in common with the rest of HP’s consumer lineup. I got to see the Envy 13 on a couple of occasions and can assure you this thing looks even more impressive in person than it does online. It looks and feels like a fine piece of machinery.

The ENVY 13 is equipped with a superior display which provides a richer visual experience when compared to standard notebooks. This notebook is powered by an  Intel Core 2 Duo SL9400 processor and comes with 3GB of RAM. The HP ENVY 13 is equipped with ATI Mobility Radeon HD 4330 graphics. When the notebook becomes available in October, it’ll ship with Windows 7 Home Premium pre-installed.

The Envy 13 weighs just over five pounds. It’s highly portable, but far from the lightest 13″ notebook. It’s pretty thin though and most users should be able to easily tote it around all day.

At $1,699 and up it’ll be tough for most users to justify buying an Envy 13, but those lucky enough to buy one will have fun showing it off. Here are a few photos I took at an HP event a couple of weeks ago: 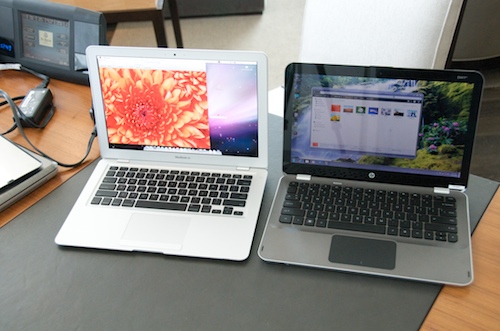 It’s easy to compare the Envy 13’s metallic case and dimensions to a MacBook Pro or MacBook Air. The Envy 13 does not have a uni-body design like the Dell Adamo and current MacBooks, but it feels extremely rigged. In fact, I prefer how robust it feels. 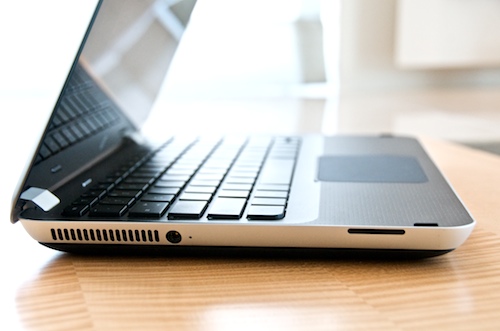 This is how the Envy 13 looks with the extended battery installed. It’s the black slice that looks like part of the notebook. 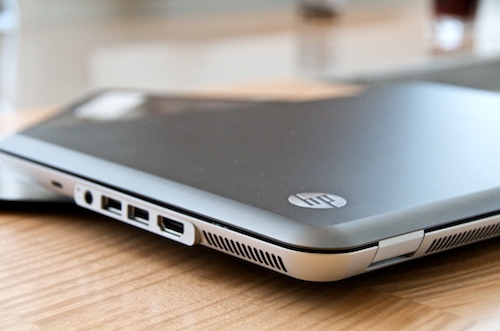 The Envy 13’s ports are easil accessible and not hidden beneath an overhang. Notice how there’s a flat face around the ports. The port on the far right is HDMI, which can be used to hook the Envy 13 up to a TV or external monitor. 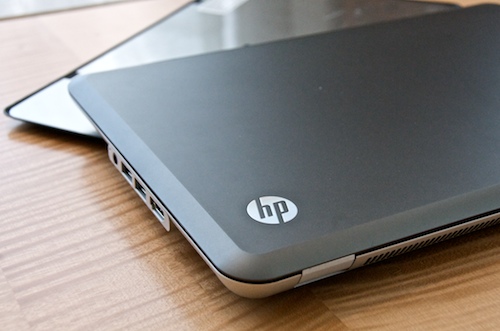 The shiny silver slice beneath the HP Envy 13 at an angle is the optional six-cell battery. It is very thin and doesn’t add a whole lot of weight to the package. 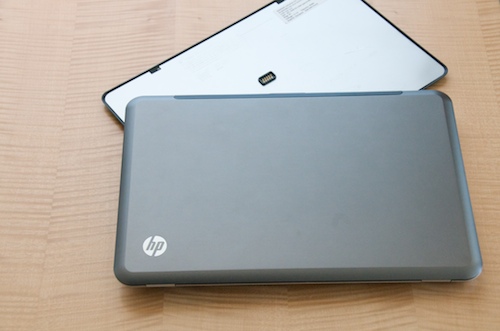