David Critchley of Lenovo first showed me the T400s last month in an early preview and I’ve had a chance to use a review unit over the past several days. I’m in the midst of writing a full review and I like everything about the T400s so far. It’s speedy because it uses standard-voltage Intel Core 2 Duo processors rather than the low-voltage versions that are commonly found in thin and light business notebooks.

The T400s will start at $1,599,  which is a premium over the T400, but within reach for the corporate rank and file it’s designed for. Despite its slender stature, the T400s has a nice compliment of ports. On the left side of the computer is USB 2.0 port, headset jack and memory card slot. On the back of the T400s are a Display Port, one USB/eSATA port, a powered USB 2.0 port, Ethernet port, VGA ouput and AC power port. The optical drive and wireless on/off switch are the only items on the right side.

Lenovo claims the primary battery will last for up to six hours, but that isn’t enough for many business users. Because the battery is located beneath the palm-rest, it’s impossible to install an extended battery on the T400s. Instead, the optical drive can be swapped out for a secondary battery in a matter of seconds. 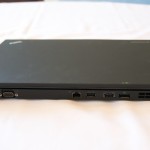 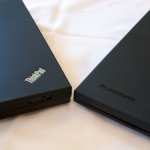 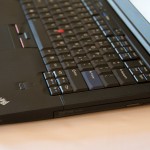 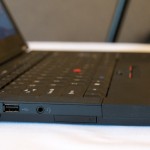 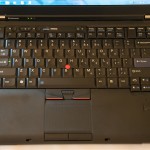 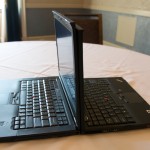 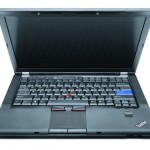 The ThinkPad T400s comes with: