The ASUS CES 2009 press conference is under way where they’re announcing new notebooks and talking about touch based computing. 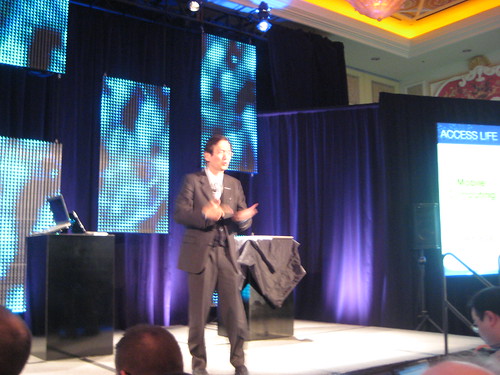 Asus is introducing a new ultraportable that will run for up to 8 hours on a single charge. It features a 512 GB SSD! 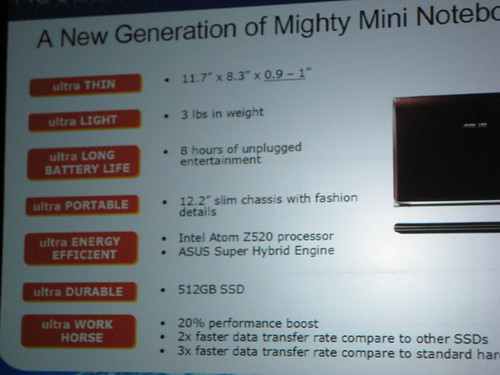 Obligatory Microsoft/Asus love fest. We get it. They work together and like each other more than any two companies should.

They are now demonstrating the N-series ultraportable with muilti-touch. Looks very cool , but the demo is crashing…oops. The N20 demo crashed and burned. We’ll check this out later.

They are now explaining the M50 notebook. It’s a dual-system design so it’s like having two computers in one. The ARM-based computer is instant-on and can last for up to 12 hours. The touch pad is a 4.3-inch display for the secondary system. You can view messages, calendars, movies and more on it. It’s kind of gimmicky, but a neat concept. 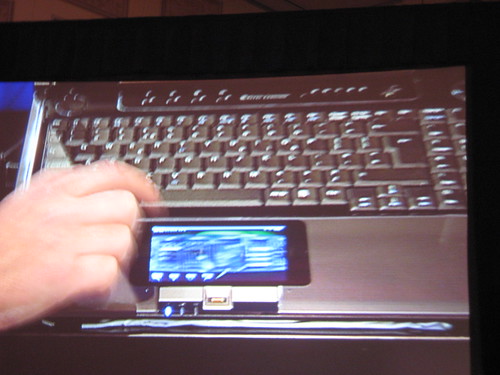 ASUS is showing off a new concept PC- a foldable notebook- kinda like oragami. I want one.