Today marks the 15th anniversary of the ThinkPad notebook. More than 30 million ThinkPads have been sold in 160 countries since 1992, and becoming the notebook of choice for some of the biggest companies in the world.

Lenovo says the ThinkPad’s black was first brought to life by a group of ten leading designers and engineers from around the world. The design was inspired by by the ShÃƒÆ’Ã¢â‚¬¦Ãƒâ€šÃ‚kadÃƒÆ’Ã¢â‚¬¦Ãƒâ€šÃ‚ bentÃƒÆ’Ã¢â‚¬¦Ãƒâ€šÃ‚ — a traditional black-lacquered Japanese lunch box — and an IBM-issued employee pocket notebook with the corporate motto ‘Think’ imprinted on the cover. 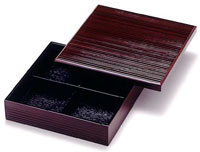 The ThinkPad’s been the first to include several technologies and features including: