As the Cavaliers and Spurs tip off in the NBA Championships, the last thing on most peopleÃƒÆ’Ã‚¢Ãƒ¢Ã¢â‚¬Å¡Ã‚¬Ãƒ¢Ã¢â‚¬Å¾Ã‚¢s minds are computers. But behind the scenes, the NBA uses a slew of technology to provide fans and media with accurate real-time statistics and ensure fairness.

Lenovo provides ThinkPads and desktops for the league to use at each of the 29 NBA arenas, but technology demands are especially critical during the finals.

At the courtside statisticiansÃƒÆ’Ã‚¢Ãƒ¢Ã¢â‚¬Å¡Ã‚¬Ãƒ¢Ã¢â‚¬Å¾Ã‚¢ table, X60 tablets are used to keep track of hundreds shots, fouls and other events during games. As many as three statisticians use X60 touch-screens to quickly enter the details of each play. Statistics collected at courtside are distributed to media at the arena and sent to the Stats Gateway, which is located under the stands. The gateway relays the information to the NBAÃƒÆ’Ã‚¢Ãƒ¢Ã¢â‚¬Å¡Ã‚¬Ãƒ¢Ã¢â‚¬Å¾Ã‚¢s database in New Jersey.

Referees constantly interact with computers both on and off court. Each time they blow their whistle to start or stop the game clock, a ThinkPad works with the NBAÃƒÆ’Ã‚¢Ãƒ¢Ã¢â‚¬Å¡Ã‚¬Ãƒ¢Ã¢â‚¬Å¾Ã‚¢s Precision Timing System to log the event. Just a few years ago clock starts and stops were controlled manually and it was impossible to tell exactly when a whistle was blown. As basketball fans know, a fraction of a second can change the outcome of a game.

During half time officials can watch videos of the first half to review important plays and make make adjustments. Referees are each assigned a ThinkPad to complete administrative tasks and use as a learning tool.

The NBA hopes to improve how fans watch games and make the experience more interactive. Gliedman says he would like to be able to track players to a much finer degree, and eventually allow fans to pick their own camera angles so they can keep a close eye on their favorite players.

Here are some photos of ThinkPads in action at courtside: 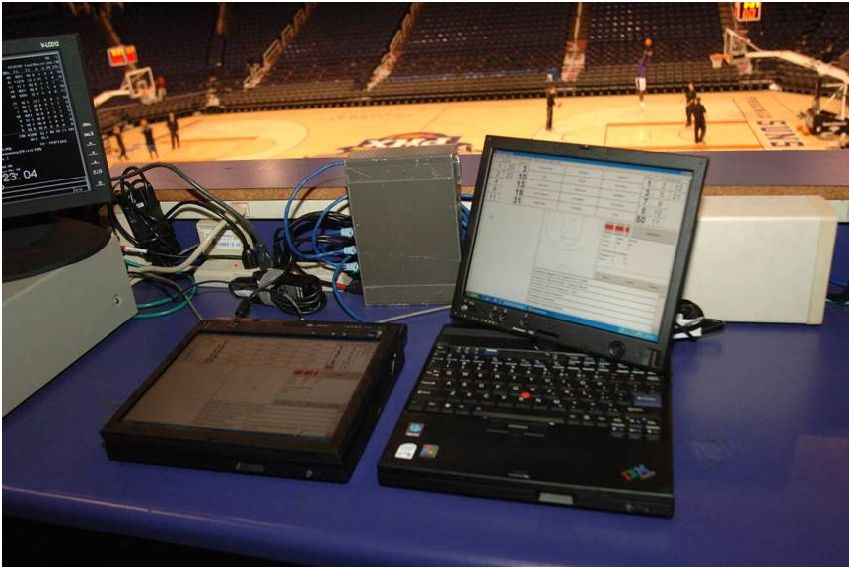 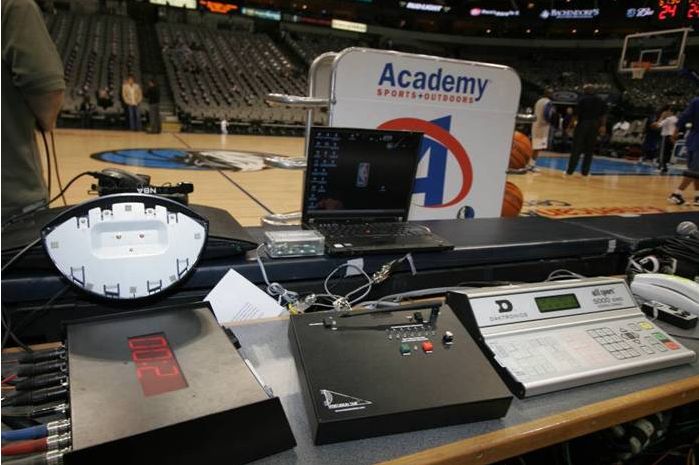 A ThinkPad Connected to the NBA’s Precision Timing System 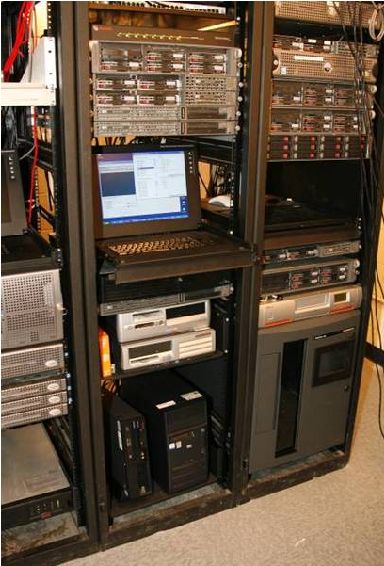 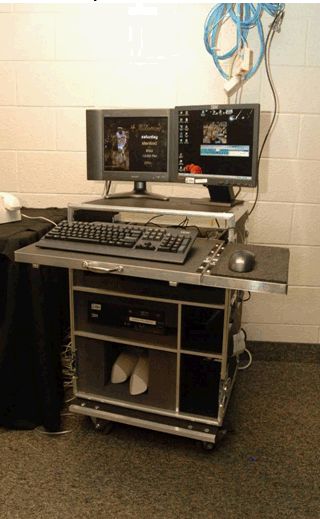