The Windows 10 release details include one important detail that will make it easier than ever for many users to upgrade to Windows 10 later this year — on all of their computers.

At a major event today Microsoft revealed a collection of new details about the upcoming Windows 10 release including the price and features. We are still waiting for a specific Windows 10 release date, but we did learn about very important upgrade information that will make the difference between upgrading and sticking with an old system for many users.

Instead of charging $75 or more for a Windows 10 upgrade, Microsoft announced that the Windows 10 upgrade is free for Windows 7 and Windows 8 users for the first year that it is available. This means anyone running Windows 7 or higher, on a range of hardware, can upgrade to the new version fee of charge. 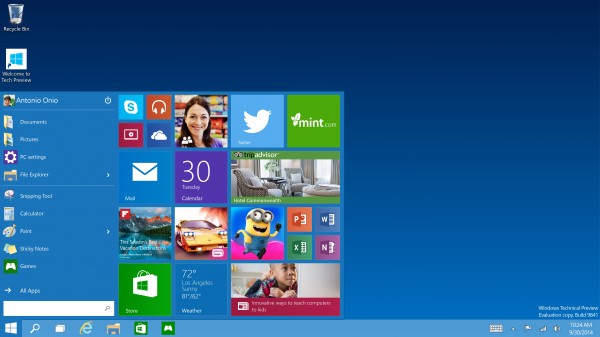 The Windows 10 release is in late 2015 and it is a free upgrade for Windows 7 and Windows 8 users.

During the event Microsoft CEO Satya Nadella explained the overall shift for Windows 10 a push to get users to go from just needing Windows to using Windows and to loving Windows. The move mirrors Apple’s transition to free desktop software updates in 2013 with OS X Mavericks which led to fast adoption across Mac computers.

In order to get Windows 10 free on current computers and tablets users will need to upgrade within the first year of the release. Microsoft plans to make future upgrades for Windows 10 available for the life of the device, but did not provide significant details about the plans.

This removes a major pain point for Windows users. Many home users did not upgrade or only upgraded one computer due to the cost of multiple Windows upgrade licenses.

Watch a collection of new Windows 10 features in the video above, including the new Cortana voice assistant that is now a part of Windows 10 on the desktop and tablets. Apps purchased on Windows 10 will also run on the Xbox One, adding new features to the gaming console and bringing Windows closer to your entertainment center.