Mac users can run Windows 7, Windows 8 or other operating systems on Mac OS X without sacrificing speed or performance on most Macs. The latest version of Parallels  Desktop 8 for Mac brings useful new features for Mountain Lion users.

Parallels Desktop 8 makes running a virtual version of Windows operating systems more convenient than using the built-in Boot Camp tool thanks to multiple modes that include running a Windows app inside a window on OS X, almost like a Mac App. 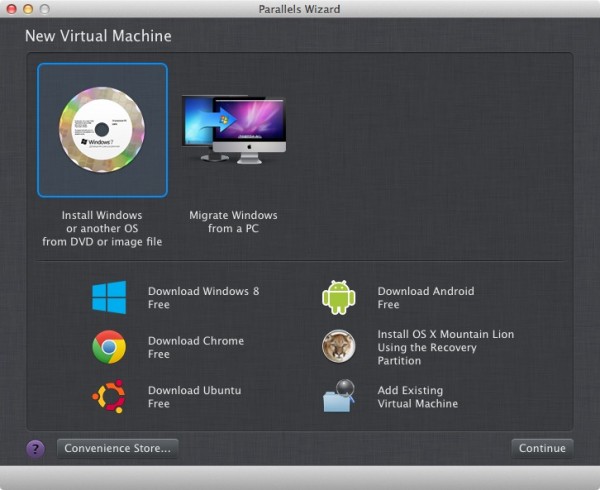 Parallels Desktop 8 makes setting up Windows or other operating systems easy. The setup screen even offers links that let the user download free operating systems like the preview version of the new Microsoft Windows 8 that ships in October 2012. Other options include: 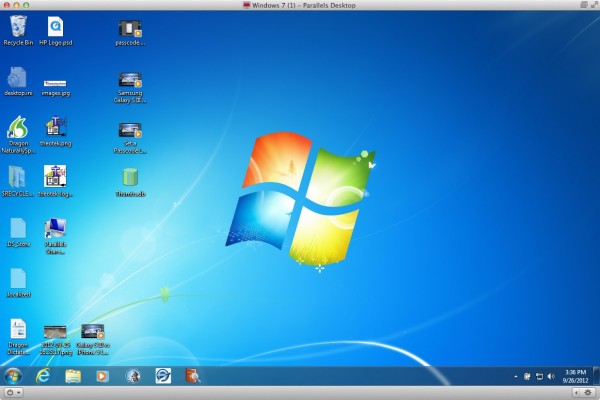 Before installing the new operating system, be sure to go into the Virtual Machine menu and choose Configure …. Adjust the hard drive size and memory of the virtual machine to the maximum that keeps the Mac side of the computer working fluidly. For my MacBook Pro with 8GB of RAM, that’s 4GB of RAM in the virtual machine. I use the default for the hard drive space and it works well. 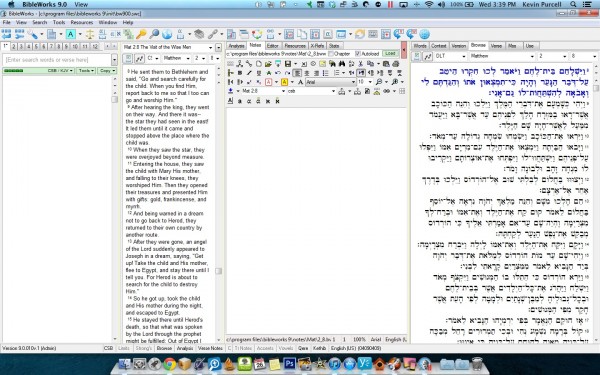 I prefer to use Coherence Mode since I’m usually only running one or maybe two Windows apps at a time. For the rare time when I want to use Windows, I switch to Window Mode and run it full-screen on Mountain Lion. I seldom use Modality Mode.

The three modes work well and give users some options how they want apps to behave. For Windows people getting used to a Mac, running the Window Mode full screen lets them go home to what they’re used to for a while. For Mac lovers who need to use a Windows app, Coherence Mode gives them the option while hiding the Windows OS.

Macs come with the ability to boot into Windows using Boot Camp, but it requires the user to restart each time they want to enter Windows. Parallels Desktop 8 makes switching to a full-screen version of Windows so much quicker and easier thanks to compatibility with Mountain Lion’s new full screen option. Hit the Full Screen Mode button in the toolbar and it makes it look like I booted right into Windows on my Mac. With the advent of Launchpad, now thanks to Parallels Desktop 8, I can click on Windows app icons in Launchpad and run them from the new iOS style launcher in OS X Lion and higher. The Parallels update also supports the following:

The last item on the above list helps when users find websites that don’t work in any browser other than Internet Explorer. I experienced this a few days ago with a site I had to use for work, but it didn’t work in Chrome, Safari or Firefox. I fired up Parallels and hit the Open in IE button on my Safari toolbar.

We don’t have space to cover all the new features. Check them out and see if anything makes upgrading compelling enough for your needs.

I really like MacLook, a way of skinning the Windows installation to give it a Mac look and feel. Notice the icons on the Windows Taskbar.

Install this feature using the Parallels View menu choosing MacLook. It downloads the files and installs them. Switching takes a about minute the first time and then only a about 30 seconds thereafter.

The new version of Parallels will make graphically intense games and programs look better. It supports DirectX 9 games and virtual machine with up to 1GB of video memory. Games run more smoothly. Heavy gamers can use a Mac but get access to some of the Windows games that don’t run on Mac yet. 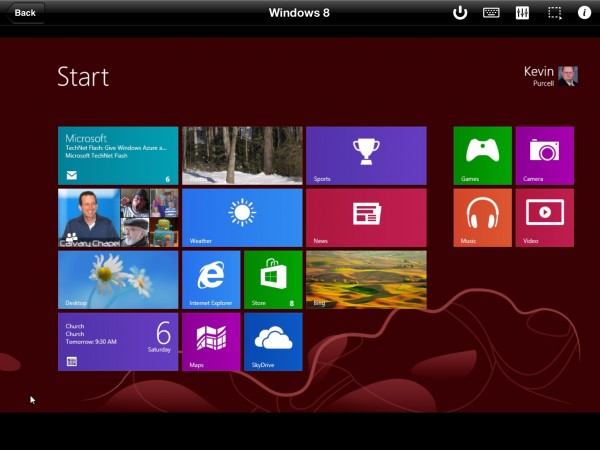 A really slick Parallels Mobile app lets users log into their virtual operating systems and the host operating system with this new version. The app works well and is fast. I can use any of my installations of Windows, a virtual copy of OS X, or Ubuntu. Any OS that runs in Parallels Desktop will work in the iPad App. The app is $5 in the iTunes app store, and runs on the iPhone and iPad.

For those of us who rely on a few Windows apps or who need to test out other operating systems without taking over our computer systems, Parallels in general will give us the best option. It’s more convenient to use than Mac’s Boot Camp feature since I don’t need to reboot the system to enter Windows.

For users of earlier versions of Parallels, go get this update. It is only costs $50 and is well worth it. The full version costs about $80. With a trial version available, there’s no reason not to give Parallels Desktop 8 a test. 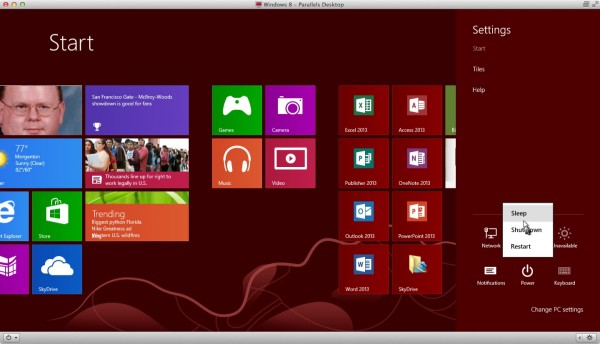 Also, Parallels does clog a system’s resources, especially for those who own a lower powered Mac, like a Mac Mini without any frills or an older system. Finally, on a Mac without a Retina display, Windows doesn’t look as good as it does on a PC. Text seems a little less crisp.

I love Parallels because I use two Windows programs that I really need for my day job. One offers a Mac version but it’s so bad I prefer the more mature Windows version and with Parallels I can use it without switching computers or restarting.