The Samsung Series 7 is capable of replacing a desktop for many users and is capable of playing many games in addition to video and photo editing.

Best Buy stocks the Samsung Series 7 Chronos 17.3-inch notebook which retails for $1,399, so it’s easy to head in store to see just how slim and stylish this notebook is. 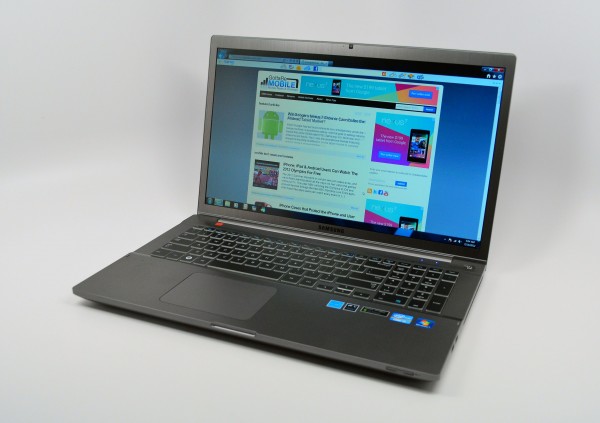 The Samsung Series 7 Chronos 17.3 packs a lot of power.

Who is the Samsung Series 7 Chronos for?

The Samsung Series 7 Chronos is suitable for business or personal use, and appeals most to users that need a powerful machine with a great display. The large HD display makes working on multiple documents and in several programs easy, for better productivity at work. The same display pairs with the NVIDIA GeForce GT650M GPU to deliver gaming power for students.

Samsung delivers a beautiful looking notebook, and while it’s tough to call a 17.3-inch notebook thin, this notebook is one of the thinnest 17-inch notebooks I’ve reviewed. 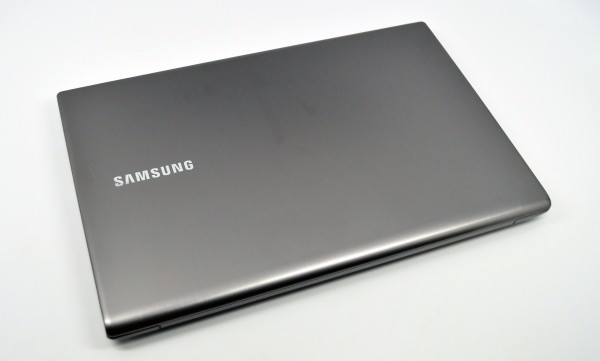 While it’s not as flashy as the Series 9, Samsung’s attention to design is obvious. The aluminum frame looks great, right down to the speaker grille that spans the area above the keyboard. The large notebook doesn’t feel overwhelming thanks to the form factor and the rounded edges.

While Samsung keeps the Series 7 Chronos on a diet, it doesn’t skimp on connectivity. The Chronos 7 sports a full size Ethernet port, VGA, HDMI and a DisplayPort as well as two USB 3.0 and two USB 2.0 ports. The Series 7 Chronos also sports a slot loading DVD drive.

The keyboard on the Series 7 Chronos can’t match the keyboards on the new ThinkPad Carbon X1, but it is very nice for long typing sessions, and includes a dedicated number pad. 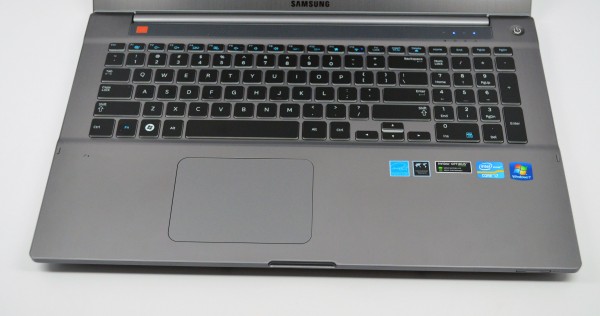 The keys are very flat, but well spaced. Key travel, the distance keys travel down when pressed is good, though I wish it offered a bit more spring.

I can type comfortably for hours on this notebook, and prefer the keys to the MacBook Air. Samsung includes backlit keys as a standard feature. Backlighting only turns on in dark conditions, and there is no way to force the backlight while in slightly dim situations.

Key placement is great, through I wish the function keys were the default key press instead of requiring a press of the fn key. The keyboard is quiet to type on as well. 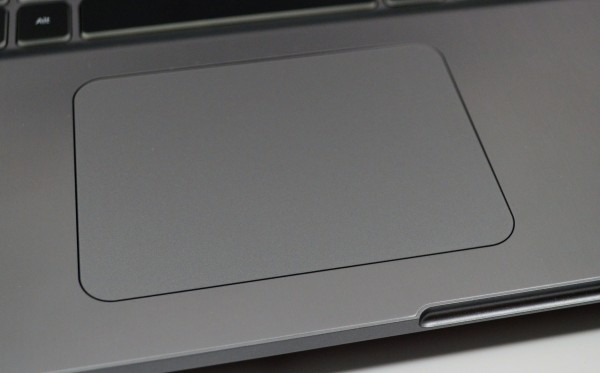 One of the best Windows touchpads I’ve used.

Two finger scrolling is smooth, and gestures accurately recognized. Pulling down with four-fingers on the touchpad activates Windows 7’s multitasking feature to quickly switch between programs.

The massive 17.3-inch display is the star of the show with great viewing angles and great color quality. The 17.3-inch display boasts a 1080P HD resolution which is great for watching HD movies and gaming. When it comes to productivity, the large resolution makes it possible to work in several programs at once without toggling between apps. 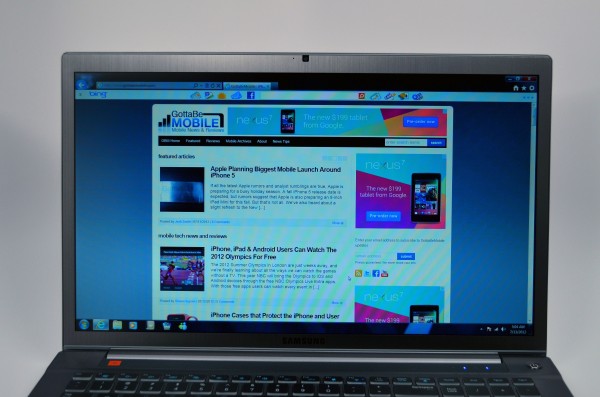 The display is bright (300 nit) and thanks to a matte coating easy to use outdoors. Most consumer notebooks displays use a glossy finish which reflects light, making working in bright situations difficult, but that’s not an issue on the Series 7 Chronos 17.3-inch notebook.

Viewing angles are cut down outdoors, but still usable as shown in the photo above.

Samsung packs in a number of nice features in the Chronos 7 notebook to speed up the notebook and expand functionality.

Silent Mode – Toggle silent mode on with the function F11 key. This setting keeps the computer silent, or near silent while watching movies.

ExpressCache – A small 8GB Flash drive on the motherboard boot time and app performance without the need for an expensive SSD.

SoundAlive – Toggle through various equalizer settings to find the right tone for music and movies.

The 1.3MP webcam is good for video chats.

Intel Wireless Display – Connect wirelessly to an HDTV or projector with a $99 WiDi adapter to watch movies or share a presentation on a bigger screen.

Easy Settings – Press Fn + F1 to open the Samsung Easy Settings menu for fast access to all Samsung settings in a nice and easy to navigate format.

Thanks to a very capable 2.3GHz Intel Core i7 Quad Core processor, 8GB of Ram and the NVIDIA GeForce GT650M GPU, the Series 7 Chronos is capable of handling pretty much anything I threw at it.

On a gaming front, this notebook is capable of playing demanding games like Just Cause 2 and Batman Arkham City with at 1080P without suffering from low frame rates. The Series 7 Chronos won’t match up to gaming tuned rigs like the Alienware M17x, but it is capable of delivering a solid gaming experience on the go.

When it comes to work, the same powerful specs that handle gaming are able to handle multitasking and accessing multiple programs at once. The NVIDIA Optimus settings automatically switch to the Intel GPU when possible so users don’t need to choose between long battery life and performance manually.

The 1TB hard drive offers plenty of storage space, but is slow when copying large files or many files. 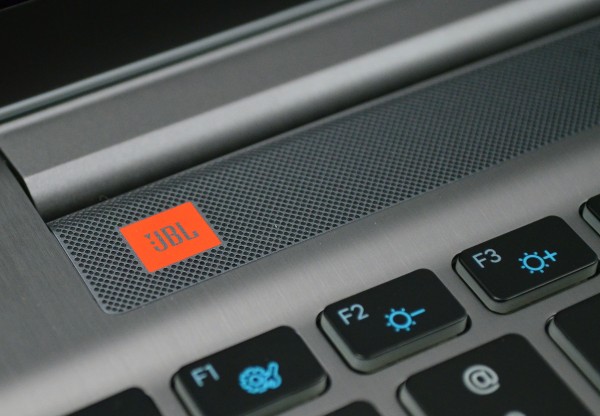 The Chronos 7 features JBL speakers and a subwoofer.

The JBL speakers deliver good sound, more than capable of meeting the needs of a gamer, but I suggest paring with some good speakers in an office or dorm for ore balanced sound.

The Samsung Series 7 Chronos 17.3-inch notebook claims an 8-hour battery life, and it is able to deliver on this promise. Using the Laptop Mag battery test, which simulates web browsing with the display at 40% brightness the Chronos 7 lasts 7 hours and 27 minutes. 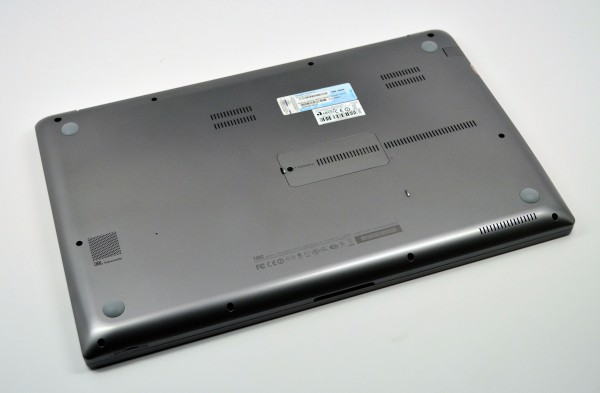 The battery is sealed, so there’s no way to add a second battery.

Battery life drops while gaming or using the optical drive, but the Chronos can easily last all day for work or school. There’s no way to add a second battery to the system, but with 7 and a half hours of battery life it isn’t too much of an issue.

The Samsung Chronos 7 17.3-inch notebook is an impressive value at $1,399 thanks to the design, great display and performance. 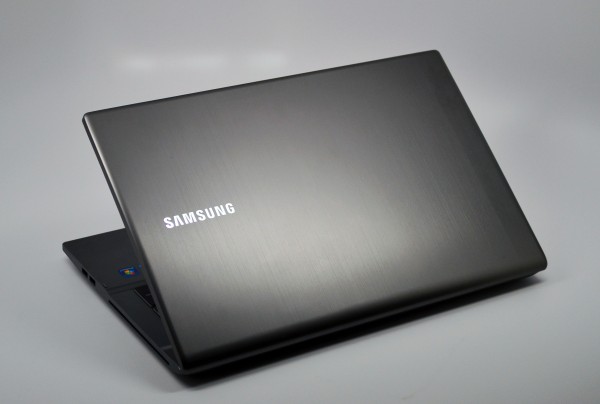 The Chronos 7 doesn’t offer the same no holds barred gaming abilities as the Alienware MX17, but for users who want a more portable system capable of playing most games, the Series 7 Chronos is a good option.

The high quality matte display, backlit keys and performance make it easy to recommend this notebook. 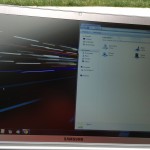 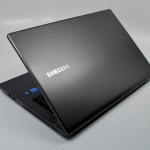 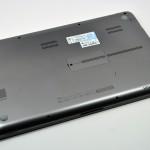 The battery is sealed, so there’s no way to add a second battery. 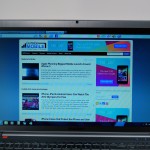 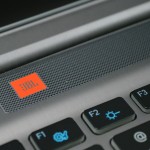 The Chronos 7 features JBL speakers and a subwoofer. 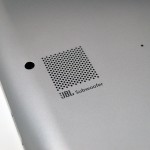 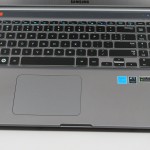 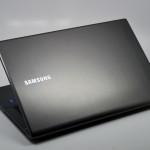 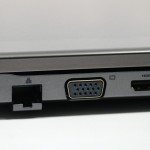 The thin 17.3-inch notebook includes a full array of ports. 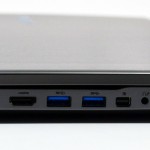 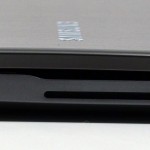 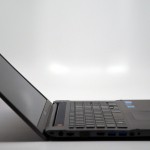 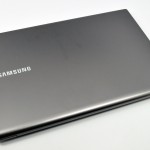 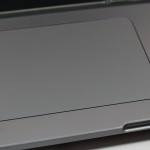 One of the best Windows touchpads I’ve used. 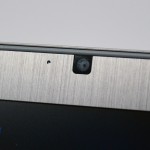 The 1.3MP webcam is good for video chats. 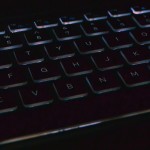 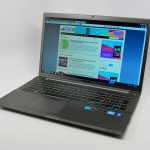 The Samsung Series 7 Chronos 17.3 packs a lot of power. 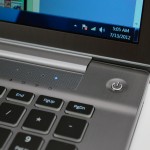