Today at CES Samsung unveiled their new ultrabook line, the Series 5 Ultra 13 inch and 14 inch laptops. Based on the design of the original Series 9 (itself a proto-ultrabook), these super slim and light machines strike more of a balance between portability, performance, and price, starting at $899.

Ultrabooks are fast becoming the new mainstream laptop and the design and overall impression of the Series 5 reflects that. Compared to the Series 9 these laptops aren’t quite as high grade fancy (no duraluminum this time around, just aluminum), though there’s plenty of visual flair.

As you can see from the pictures there are several aesthetic similarities including the swoop/wave design. The Series 5 Ultra is a simpler, more minimalist approach, though no less elegant.

Other notable differences include the touchpad — no longer a clickpad — and the display, which is a less bright 300 nits. That’s still plenty bright (Samsung calls the technology SuperBright appropriately) and in combination with matte coating instead of glossy the Series 5 should be just as visible outdoors as inside. The 1600 x 900 resolution is another nice perk.

Size-wise the 13.3-inch version is the same height and similar dimensions as last year’s Series 9. Despite being very thin you still get a full-size Ethernet port and HDMI plus a DisplayPort for VGA connectivity, USB 3.0, 2 USB 2.0 and an SD card slot.

The 14-inch version is just a hair thicker and lighter but manages to include an optical drive plus a full VGA port.

I was surprised at how light and carryable the 14-inch version feels. And the optical drive doesn’t make it bulky at all. Do people still need DVD drives? Apparently so. But even if you don’t the larger screen and expanded port selection will make this version appealing.

Right now both only come with Intel Core i5 processors, though perhaps the company will bring out more powerful versions with Core i7 if they sell well (it happened with the Series 9). Integrated graphics only, I’m afraid. Thankfully Intel’s integrated solutions are much better than in previous years so you can watch full HD movies without a hitch, you just can’t go to town on World of Warcraft on the highest settings.

Here at CES we’ve been having a debate about whether a laptop can be dubbed an ultrabook if it has a traditional hard drive inside. All except one of the first wave of ultrabooks had SSDs, but the second wave is shaping up to look more like what Samsung is doing with the Series 5. Consumers can either get the version with a 128GB SSD or a 500GB hard drive and a 16GB SSD ExpressCache memory where the operating system lives so you still get fast booting and resuming from sleep.

The hard drive version keeps the price down under $1,000 — the 13-inch starts at $899 — while the SSD version bumps it up to $1099, again for the smaller notebook. Both notebooks will be available later this month. 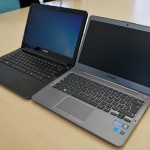 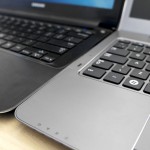 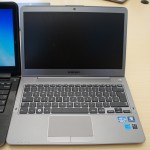 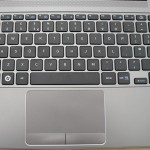 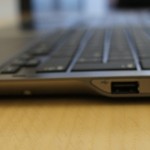 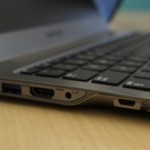 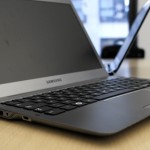 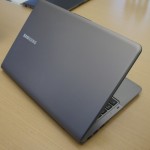 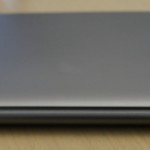 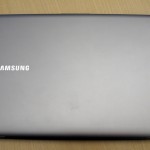 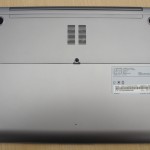 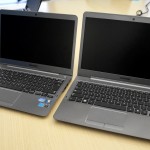 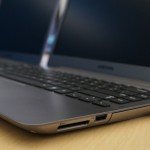 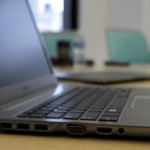 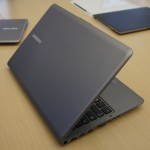 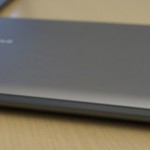 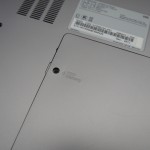 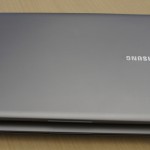 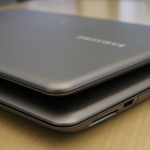