Netflix To Re-Brand DVD Mailing Service As Qwikster; Apologizes For Everything But Silly Name

Yesterday Netflix CEO Reed Hastings took to the Netflix blog to offer an apology to subscribers for not being forthcoming enough about why the company decided to start charging a separate fee for the DVD mailing service and streaming. He did not apologize for making that change in the first place, though. After going on about how each of the two services requires a different focus and attention, he announced that DVD-by-mail will no longer even happen under the Netflix brand. Instead, customers who want both streaming and optical media will have to subscribe both Netflix and a new website, Qwikster.

The company remains the same — Netflix isn’t selling off or completely separating from the DVD side (yet). But this move may help customers feel less anger over the whole situation. Instead of paying $16 or so a month to Netflix, you pay $7.99 to Netflix and $7.99 and up to Qwikster. You’re still paying $16 for the whole package, you’ll just see two separate items on your bill. That’s good, right? Psychological games FTW? 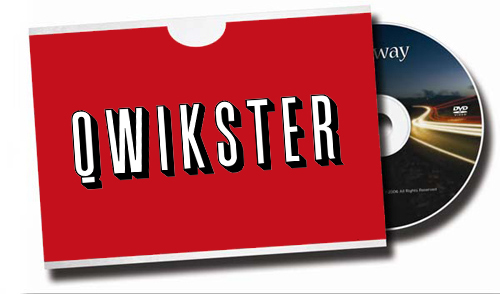 Even though the company remains the same, the Qwikster team and the Netflix team will be separate, and Qwikster even gets its own CEO: Andy Rendich. On the front end, there will be no cross-communication between the two services. If you need to change your billing information, you’ll have to do it on both sites. Want to review a movie? Gotta do that twice, too.

In addition to DVDs, Qwikster will also finally start renting game discs for Wii, PS3 and Xbox 360. “Members have been asking for video games for many years,” Hastings said. “And now that DVD by mail has its own team, we are finally getting it done.”

Other than separating the billing and making customers feel like they’re not paying too much money for either service, I wonder if Netflix is preparing for a time when no one wants the DVD-by-mail business, anymore. It will look better, when the day comes, if the company can say “We’re shutting down Qwikster due to low subscriptions,” instead of “We’re shutting down a whole section of Netflix due to low subscriptions.” Given that Netflix began life in the DVD mailing arena, the fact that they chose to keep that brand for the streaming service says volumes.

Honestly? That doesn’t bother me one bit. If the DVD-by-mail thing goes, I won’t cry. I canceled my 1 DVD at a Time thing a month ago because the last disc I received is still in the red envelope. And though Starz is beating their chest and pulling content from Netflix, it’s clear that the media watching public wants their digital streaming media and, if they don’t get it, they’ll just pirate the media, anyway. On-demand, instant access to entertainment is what people want. Media companies can only bottle it up for so long.

The end result for Netflix could be a far stronger streaming service with more recent TV episodes and day and date movie availability. That’s my hope, at least. Might be a while before we get there…

The official split between Netflix.com and Qwikster.com will come in “a few weeks.”