On the first day of availability, OS X Lion sold over 1 million copies in the Mac App Store, and Apple also reportedly sold over 500,000 new MacBook Air notebooks. The ease of purchasing Lion and the hot new specs of the MacBook Air combined to deliver a value too many users couldn’t pass up, though were sure a few Apple devotists bought the new Air just because.

Now that Apple is selling software updates in the Mac App Store, getting the latest OS is as simple as clicking buy. Since Apple is the only game in town, they raked in almost $30 million on Wednesday, without the need to ship anything but bits.

OS X Lion is easy to purchase, but because the download is almost 4GB large, it may take a while to get to your Mac. Based on our experience here, you may have the file downloaded in as little as an hour, or as many as four. Apple will be offering Lion on a thumbdrive at Apple stores in August for users who have very slow download speeds. 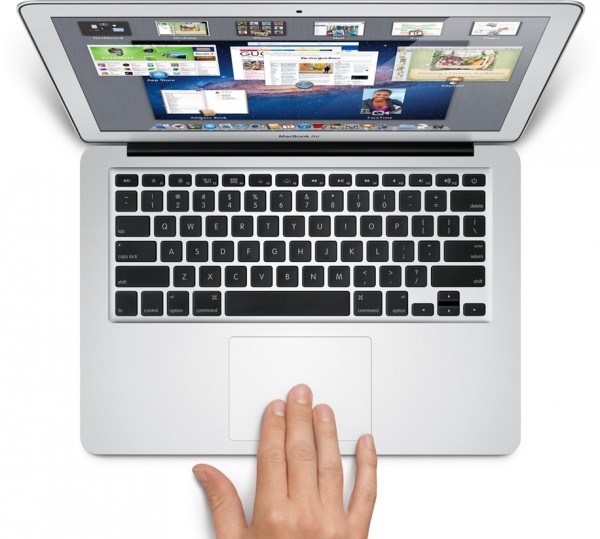 Having spent 48 hours with OS X Lion it is definitely an upgrade worth getting. There are some changes to Spaces and Expose that power users will need to adjust to, but for those who ar still new to spaces, the Mission Control view makes managing various apps and desktops much easier.

The new MacBook Air models have the same look and size, but inside the processors are much faster. We just picked up an 11″ and a 13″ Macbook Air to review, and will be sharing more about them shortly. For now, you can see our first impressions of the 11.6″ MacBook Air (mid 2011) at GottaBeMobile.

The new models may not be worth upgrading if you have the MacBook Air released late last year, though if you feel the urge it’s only natural. Several members of the Notebooks and GottaBeMobile staff are considering joining the half a million sales, mainly for the faster processor which will come in handy while editing video, but the backlit keyboard is also a nice bonus.

As 9to5Mac points out, if Apple keeps shipping the MacBook Air at this pace they will ship a million and a half MacBook Air notebooks before the quarter ends. With Back to school shopping in full swing, and no white MacBook for shoppers to purchase, Apple stands a good chance of shipping and selling at least 1.5 million MacBook Airs this quarter.