MSI showed off a wide array of new notebooks at Computex this week including updates to the premium F series line of notebooks. The new MSI F620DX notebook and the FX420 are what MSI calls the “supercar of laptops,” due to a collection of performance, looks and multimedia options.  Time will tell if the MSI F series can live up to this claim, but the multitude of processor, GPU and sound features give the F series a fighting chance. 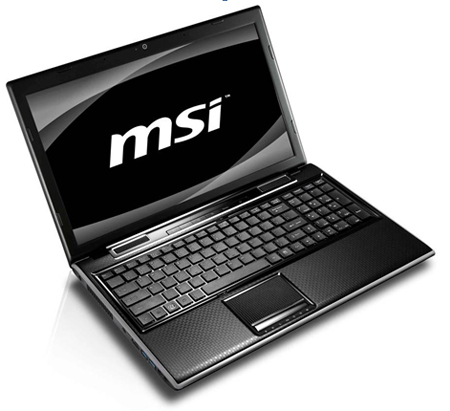 The MSI FX620DX is powered by a quad-core Intel Core i7 2nd Gen processor and the FX420 is using an Intel Core i5 dual core 2nd Gen processor. Both of these notebooks can take advantage of Intel TurboBoost for a boost in performance when needed. The FX620DX has a NVIDIA GeForce GT540M GPU with 1GB Video RAM and DirectX 11 support and the FX420 has an AMD Radeon HD 6470 GPU with 1GB RAM and support for DirectX 11. The notebooks both have USB 3.0 for faster connectivity, face recognition software and an on screen function control bar, dubbed the MSI S-Bar which makes it easy to manage on the function options found on the keyboard.

True image and color reproduction: The FX620DX and FX420 incorporate Cinema Pro technology, so with just one click of the Cinema Pro hotkey, they instantly switch to film mode, optimizing your image experience, giving you higher resolution and richer colors to bring you the same great audio experience found in live performances, films, and recording studios.

Multimedia entertainment center: If you prefer to watch HD films on something larger that your computer display, the MSI FX620DX and FX420 come equipped with HDMI slots, so you can connect to LCD TVs with screens of any size to enjoy videos of any resolution level. The FX620DX also sports an HD720p webcam, so you can engage in clear, hiccup-free video conferences with friends and family anywhere in the world. 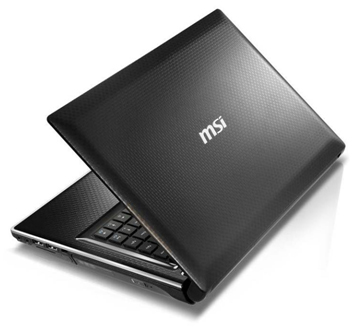 Cutting edge technology and style: MSI’s FX620DX and FX420 laptops are graced with MSI’s raised texture chemical-free, environmentally friendly, totem seal coating to protect them against wear, scratching, and smudging. The palm rest areas come with a soft-to-the-touch, raised honeycomb pattern, giving these NBs an extra touch of class. In addition, the unassuming platinum trim around the speakers and chassis, the solid Chiclet keyboard, and the raised multipoint touchpad come together to create notebook computers that epitomize the fusion of high tech and art.

MSI has not announced pricing or availability of these two notebooks at this time.