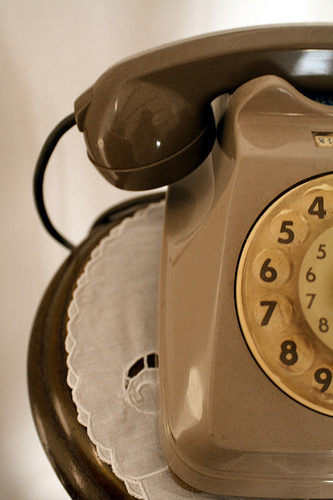 We’ve all called into customer service at one time or another and spent 15 minutes listening to awful hold music. We’re note talking about the taste in music. No, we’re talking about the hold music that often sounds like a poorly tuned FM station being pulled in with tin foil. You know the type. It stops so often that you get ready to speak because the pause makes you think a customer service rep has picked up, only to be blasted with another chorus of scratchy pop music.

It turns out that while we can successfully beam TV signals from outerspace and deliver ringback tones to your cell phone, there are several technological reasons that hold music often sounds like an early phonograph.  We tracked down Jordan Stevens, Chief Noisemaker at TreBrand, an audio branding expert who is intimately familiar with on hold music and messaging to figure out why hold music is so bad.

While there are technical reasons as to why the hold music you hear is often so poor, Stevens points us to another reason that hold music suffers. According to a Heartbeats International survey only 38% of companies have a strategy for how they sound, which includes how they sound when you are on hold waiting to talk to them.

But, even companies that do care face a collection of hurdles in delivering anything resembling quality audio over telephone systems which aren’t designed to carry music. “Land line telephone lines are optimized for voice not music.” explains Stevens, adding,  “In general, many of the frequencies are filtered out in order to make sure voice quality is good.  That means a lot of the high and low sounds you hear in your surround system aren’t present on the phone.”

Further complicating this issue is the fact that the music is also not “optimized” for the phone systems. According to Stevens, “Fully produced music just isn’t going to sound right.” If the music isn’t optimized for the hold system, then you can experience clipping, which happens when a frequency overloads the system, leading to static and crackling.

But, even if the company puts thought into how they sound and looks for music that sounds good over the constricted frequencies of a phone line, there’s another hurdle — finding good hardware and software. Stevens shared that a system he recently worked with required an 8-bit mono MP3 file, which offers about the same resolution as a vinyl disc!

Here are a few of the worst hold music examples we could find:

Then again, if you deliver hold music like Sprint you may even find people heading to YouTube to hear it when they don’t need help as the comments on this video claim.