Evernote Plans to “Illuminate Your Memories”; Committed to Tablets & Inking

Without Evernote it’s hard to imagine how we would track all the information we need to stay on top of our busy lives. We recently had the chance to catch up with Phil Libin, CEO of Evernote, to see what was coming in future versions of Evernote and how it might make our live’s easier.

During our interview Libin, let us know that some form of inking is on the way to mobile platforms, tablets are a big deal for Evernote and let us in on plans to add structure and intelligence to your notes in order to “illuminate your memories.”

With the flood of touch devices like the iPad 2, Motorola Xoom, TouchPad, PlayBook and a collection of other Android tablets on the horizon we asked Libin if we’ll see Evernote on these upcoming tablet platforms. Libin told Notebooks.com in a phone interview that tablets are a “really big deal for us,” adding that, “the opportunity on tablets might be as big as the opportunity on phones.” 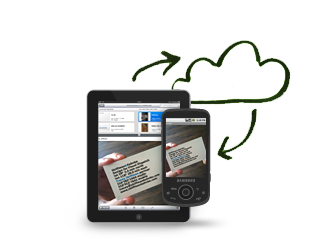 Specifically, Libin pointed to the development of Evernote for HoneyComb Android powered tablets and the RIM PlayBook. He did leave the door open for other platforms, like WebOS telling us that Evernote, “want to become the indispensable product for tablet users.”

Inking in Evernote on Tablets:

Perhaps one of the biggest requests we hear is of the ability to take handwritten notes in Evernote, or ink notes. These requests typically come from iPad and Android owners who want a more natural way to jot down meeting notes or to capture things that aren’t easily typed like an equation or drawing.

“We’re working on, letting you basically draw and sketch and write on both the Android and the iOS versions [of Evernote]”, but Libin warns that the experience will be limited by the hardware at hand. It’s nice to hear that we’ll soon be able to take quick notes in the mobile versions of Evernote, even if the hardware holds us back from a true handwriting experience.

When asked if we could see similar functionality coming to the Mac, by way of the larger touchpad and a capacitive stylus, Libin said he’d have to talk to the engineers, but seemed interested in the idea.

What’s next for Evernote?

Libin tells us that we’ll soon see more structure added to Evernote. This structure isn’t designed to lock you into a set way of taking notes, but the idea is to bring “intelligence and structure to your data.”

Libin gave the example of storing information about an upcoming trip in Evernote. By adding structure to Evernote, it can know that this is about a trip and give you recommendations and data about travel. Other examples given included the ability to know that you’ve entered a recipe and deliver food related information or the ability to opt into a wine recommendation add on which could scan your wine notes in Evernote to recommend a wine you might like.

The ability to make your notes dynamic is an important feature for many users who use Evernote competitor SpringPad which set’s itself apart by organizing and adding actionable information to your notes such as helping you find a lower price, finding an item locally or adding other dynamic information.

It’s this type of enhancement that Libin hopes will add more to your memories. He explains that you’ll “still have everything you remembered, exactly the way it happened, but  it actually makes your memories richer.” The memory enhancement features wouldn’t disturb your original notes, but from the sounds of it live in the margins of Evernote.

For more cool Evernote news, check out the inroads Evernote has made in education and think for a second how today’s children will approach their work in the future after being exposed to useful, user friendly, software at an early age.