ASUS has unveiled a collection of Republic of Gamers notebooks and accessories at CeBIT in Germany this week. Heading up the lineup are the ROG G74Sx and the new ROG G53 Naked Eye 3D Gaming notebook, but there are also a collection of monitors, headphones and more.

The ASUS ROG G74Sx uses the Intel Huron River Core i5 and Core i7 processors including up to the Intel Core i7-2630 quad core processor and relies on the NVIDIA GeForce GTX 560M to power the 17.3″ display, NVIDIA 3D Vision is standard. The ROG G74Sx has a 1920 by 1080p display and supports onboard 3D as well as the ability to output 3D to a big screen with the HDMI 1.4a port. The notebook will also come with USB 3.0 and can be configured with a Blu-Ray drive. Pricing and availability have not been announced. 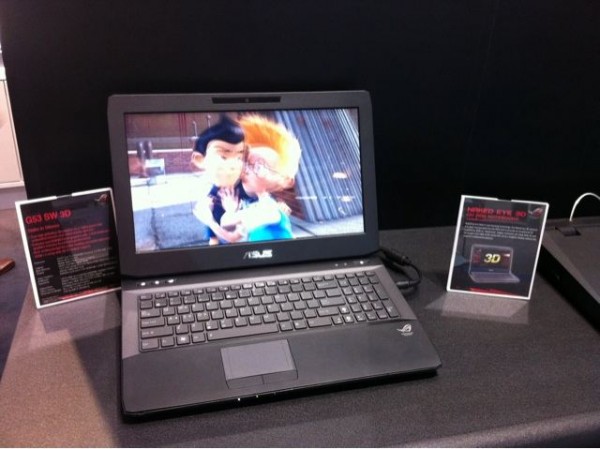 Also shown off at the CeBIT show is the ASUS ROG G53 which supports 3D without the need for 3D glasses. The G53 has an eye tracking system built in to track where you are and deliver a full 3D experience as well as support for standard 2D.

Also shown off were other Republic of Gamers accessories including VG278H 27″ 3D monitor, the Vulcan-ANC gaming headset which has noise canceling built in and the RT-N66U dual band wireless N router. You can learn more about these accessories on the ASUS CeBIT press release page.