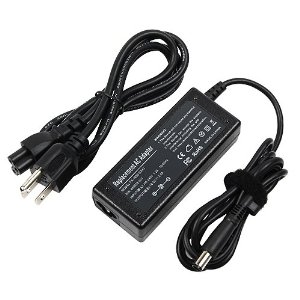 Transphorm is a startup company that has been toiling away in secret for the last four years, with backing from Google, with the goal of ridding the world of the cumbersome power adapters that come with notebooks and other gadgets. This isn’t wireless charging, but rather a miniaturization of the technology needed in order to put the technology inside your notebook.

The key is a substance called gallium nitride, which the company says is much more efficient than current silicon parts that waste electricity. Umesh Mishra, CEO of Transphorm tells Technology Review that the advances could cut wasted electricity by 90%.

Gallium nitride won’t just allow Transphorm to be more efficient, it will also allow for the components to run cooler. The lack of heat could be the key to putting the power brick in your notebook.

If you’ve ever felt the power adapter for your notebook after heavy use you’ll know that it can get warm or even hot, now imagine what that would feel like if it was inside your notebook, many of which can already get a bit warm with the processor and graphics cards running full-bore.

In order to bring the power adapter inside your notebook Transphorm needs to deliver technology that makes the charger run cool and fit in a small space, not an easy task.

Notebooks aren’t the only place we might see technology from Transphorm, the company is already at work on putting more efficient power conversion tech into cars and datacenters. If they succeed in getting rid of the power brick the notebook you buy in a few years could have a Thunderbolt port and small jack for the power adapter, cleaning up the cables you carry and use every day.