Lenovo has announced updates to much of the ThinkPad lineup including the new ThinkPad L420 notebooks aimed at mainstream corporate users. The ThinkPad L420 offers a relatively cheap entry point into the ThinkPad family with interoperability with the T and W Series docks and batteries.

The L420 comes with 2nd Generation Intel Core i processor options starting at Core i3 and going up to Core i7 and can be configured with up to 8GB DDR3 RAM. The ThinkPad L420 supports up to a 500GB 7200RPM hard drive and up to a 128GB SSD as well as numerous Wifi, WiMAX and cellular connectivity options. The ThinkPad L420 notebooks support Lenovo Enhanced Experience 2.0 with RapidBoot and TurboBoost+ for faster startup and longer time spent in TurboBoost.

The base L420 will come with integrated Intel graphics, but there is the ability to upgrade to a combination Intel and ATI Mobility Radeon HD 565v discrete graphics solution with 1GB VRAM. The 14.0″ anti glare display has a 1366×768 resolution

In addition to the standard business friendly features like an integrated fingerprint reader, optional smart card readers, BIOS port locking and support for encrypting drives the L420 comes with many new features that users and IT staff will appreciate.

One of the new feature is the ability to switch between private mode for video chat, which focuses on one user, to conference call mode which listens to everyone in the room using the built in digital array microphone. User will also enjoy being able to close their laptop and walk to a meeting without losing their WiFi connection.

The ThinkPad L420 comes with the option for a 3-cell, 6-cell or 9-cell battery depending on how much time the user needs away from the desk.  Lenovo claims a 40% battery life improvement, but does not list the life of the L420 battery options.

The Lenovo ThinkPad L420 will be available on March 29th with a starting price of $719 along with the rest of the ThinkPad T, ThinkPad L and ThinkPad W lines. 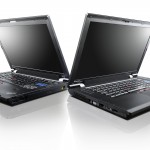 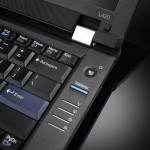 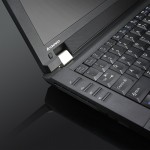 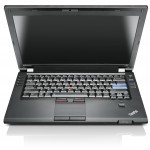 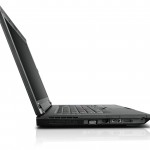 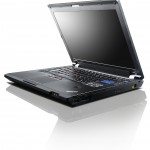 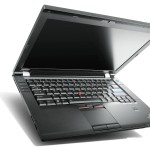 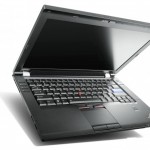