10 Excellent Free Games for the iPhone and iPod Touch

You know what’s fun? Games. You know what’s even more fun? Games that you don’t have to pay for! We’ve compiled a list of excellent and free games that are definitely worth the download. If you’ve been looking for a little spice in your iPhone life, check out our list below for some guilt-free gaming! These games are perfect for new Verizon iPhone owners, as well as anyone with an iPhone or iPod Touch. 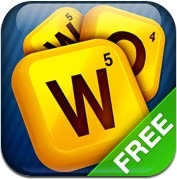 1. Words with Friends Free – Words with Friends is a fun multiplayer scrabble game. It’s recently gone cross-platform to Android so you can play with even more friends than ever before. The best part is that it’s turn based, so you don’t need to be constantly playing. Just make your move, close the app, and you’ll be notified when your opponent moves. Games commonly occur over a few days, so it’s perfect for playing when you’ve got a few idle minutes to make a move, without having to pay constant attention to your phone. There’s also a pass-and-play option if you just want to play with a friend in the same room. 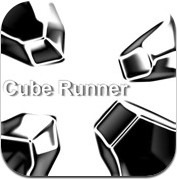 2. Cube Runner – This ancient game pre-dates the App Store itself but is still a joy to play. Cube Runner was originally a game for hacked devices only, back before Apple even created the App Store. Since then it’s been made officially available through the App Store but still maintains it’s ease of use. You are a simple triangular ship in a world of cubes. Tilt left and right to dodge cubes and rack up points for as long as you can stay alive. Better yet, find a friend with an iPhone and compete for high scores. Cube Runner also has two surprisingly great tracks if you enjoy yourself some techno. 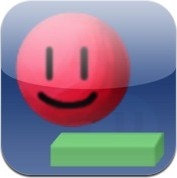 3. Papi Jump – A classic Papi game where you try to set the high score by jumping higher and higher.

Don’t forget that you can teleport from one side to the other, Pac Man style, to reach a platform. Also has online leaderboards to rank you with the best of the best. Easy to pick up, surprisingly hard to put down. 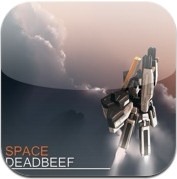 4. Space Deadbeef – The name will never make sense to us, but the gameplay is great. This is a sidescroller where you’re flying a ship that can fire 10x it’s own mass in missiles.

Targeting is intuitive: just slide your finger over targets to fire chains of missiles. This game came out ages ago and has been begging for more content ever since.

Unfortunately we haven’t seen any additional content, but what’s there is absolutely fun to play. Levels get harder as you repeat them. 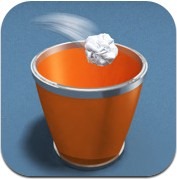 5. Paper Toss – Another ultra simple but super fun game. Paper Toss emulates a classic boring work environment in which you’ve got nothing to do but toss a ball of paper into the trash can.

Depending upon how you swipe the screen, the ball of paper will curve to one side or the other. A fan is introduced to change the wind speed and how hard you need to fling it to either side. Score is kept by how many continuous shots you can make. This is another game where you can pick up and play for just 5 minutes, but you’ll have plenty of fun in that short amount of time. 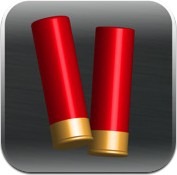 6. Shotgun Free – Surprisingly more of a game than you’d think. Shotgun Free tasks you with moving your iPhone or iPod as if you are cocking a pump-action shotgun, then quickly pulling it back like a recoiling gun. Satisfying cocking and firing sounds ensue, but it’s there’s actually more to it. If you want to unlock different sounding weapons you’ve got to accomplish some sort of task. Perhaps that’s 100 fires, or 10 in-game achievements, such as a particularly fast firing time, or firing 10 shots in a short period of time. It’s actually rather addicting to try to get the motion just right for a split-second shot! 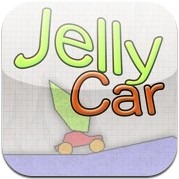 7. Jelly Car – This great game looks like it was drawn with crayons and has completely human made sound effects that will make you smile even if you don’t want to.

Drive your Jelly car around the jelly world and try to complete stages in as little time as possible. Need to cross a big gap? Tab your car to grow to several times it’s normal size, but be quick, this ability only lasts for a short time!

Jelly Car is a favorite for iPhone owners of all ages. 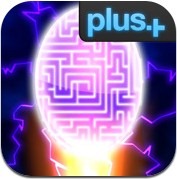 8. MazeFinger – This is one of those games that feels like it was meant to be played on an iPhone or iPod Touch. The goal is to simply guide your finger through the maze as quickly as possible, but it gets harder.

You’ll have to avoid skulls that will take one of your lives, and have to time the blockers just right to get through. You get rated at the end of each level and each set of levels. You have a set amount of time to complete a level set, so if you do poorly on the first level of the set, you’re going to pay for it in the subsequent levels!This is a fast paced game with great feedback. 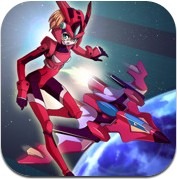 9. rRootage Online – If you’re a fan of the “shmup” or “bullet hell” genre of top down arcade game, you’ll love rRootage. It might not have the fancy art of some of the established titles, but it’s free and has four game modes which all play somewhat differently.

Definitely read the help menu to understand the different modes if you’re a newbie, or jump right in to the wireframe gameplay and play through 160 stages of increasing difficulty. 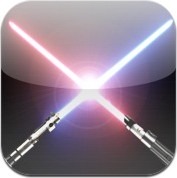 10. Lightsaber Unleashed – And I have to leave you with this one for number ten. Who hasn’t wanted a Lightsaber at some point in their life? Well, this is about as close as your going to get. If you’re not too embarrassed to wave your iPhone around like you’re crazy, or have a suitably private place to pretend that you’re a Jedi, then you’ll love this app. Better yet, find a friend and duel them, it’ll bring you’re childhood back in a rush of lightsabery glory. Be an ultra-nerd and customize your own lightsaber by choosing the color and hilt.

I hope you’ve enjoyed these ten free iphone gaming gems. If you’re looking to drop a bucks on some premium content, check out Kevin’s guide to 12 great paid iphone games.