Multitasking: What Is It? 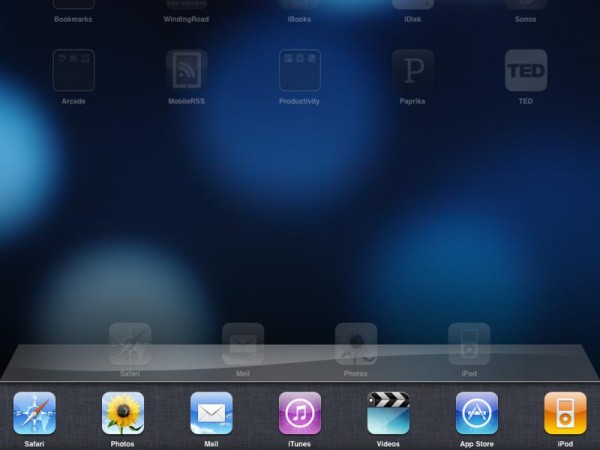 Before iOS 4.2 on the iPad there were two options for running two different apps on the iPad – get a second iPad or don’t do it.

Now, if an app is designed to support it, users can do what is called multitasking. This refers to running multiple applications at the same time. The version of multitasking on the iPad is limited. It does allow a user to quickly switch between two apps. But instead of really having the other apps open and running in the background or having two windows open at once, like you would with Windows or a Mac, it saves the current state of the app as it is when you leave it. Then when you open the app again it is at the same spot you left it or it is completing tasks in the background while you leave it.

For example, an app I use can download reference books I use to study the Bible. I can leave the app while it is downloading the book and it will continue downloading in iOS 4.2 whereas in previous version of the iPad OS it would stop downloading and shut down the app entirely.

Another use case is when I am studying books in the reference app, I have to tap a few different buttons and links to get to a book. In the former iOS for iPad it would shut the app down and I would have to repeat the actions to find that book and the article in the book I was reading. This made doing study in the app and then writing a document in Pages time consuming. I just didn’t do it. Now I will.

Multitasking: How to Use It?

To use multitasking on your iPad, you will have to have iOS 4.2 obviously. But you will also have to have an app that supports it. Not all do yet, but most do or will soon.

The multitasking “task manager” that shows up at the bottom of the screen has some features that are not obvious. First, to permanently close an app you have to tap and hold, just as you would on the main screen if you were planning to move icons or delete an app. After a couple of seconds the apps start to dance and a red minus button shows up on the app’s icon (see image above). Tap the minus button and it closes the app. It does not delete the app. This only happens if you are on the main screen not in this task manager.

To access more than the apps that are there, just swipe. Swipe from the right side to the left like you are pushing the icons off to the left. This shows you all the apps that are running in the background state. However, if you swipe the other direction you reveal the iPod controls, a brightness slider, and the new orientation lock button, which is no longer a physical switch in iOS 4.2. That is replaced by a mute function on the physical switch. To lock the orientation of the iPad screen in iOS 4.2 you will have to access it here.