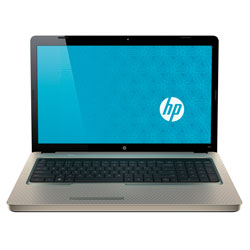 The Office Depot Black Friday ad for 2010 just leaked and it is full of Black Friday laptop deals. The 17.3″ HP G72-B62US notebook from Office Depot which will be on sale on Black Friday for $449 — a savings of $150 off  of retail. This notebook is part of the HP G72 series from HP. The final price is after a $50 mail in rebate.

The HP G72-B62US comes with a dual core Intel Pentium processor, 4GB RAM, 250GB hard drive and includes a built-in webcam and microphone. This model also comes with a memory card reader, HDMI port and a lightscribe DVD burner. The battery is rated at 5.5 hours, but will likely perform lower in real world use.

The HP G72-B62US is a 17.3″ budget computer and a bit more expensive than the first Black Friday laptops we saw from Walmart, Best Buy and Amazon last weekend — but it offers a larger screen that many users may find worth the price. Radioshack is selling the HP G72-B63NR, an almost identical model, for $449 on Black Friday.

This notebook should meet the needs of most home users who are looking for a general use notebook to surf the web, keep in touch with family and friends and edit documents. You won’t be gaming on it, but you should be alright to watch videos as well as do some light photo editing.

Check back on our Black Friday Laptops page closer to Black Friday for our top picks in several price categories.

Here is a video fo the HP G72 Notebook, note it does not have the same specs as the Black Friday Doorbuster at Office Depot.