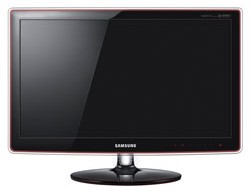 More and more Black Friday ads are surfacing everyday. As of now, there are quite a few deals to be had on monitors. Below is a list of all of the monitors deals we could find that will be offered on Black Friday. This does not include any pre-Black Friday deals.

Of the monitors listed below, two of the best deals are Samsung’s 27″ Widescreen LCD HDTV/Monitor and Samsung’s 23″ Wide-Screen LED HDTV/Monitor Combo. This is based on the overall amount of savings. Also, the fact that they both have built-in HDTV tuners give them a little bit of an edge over the competition.